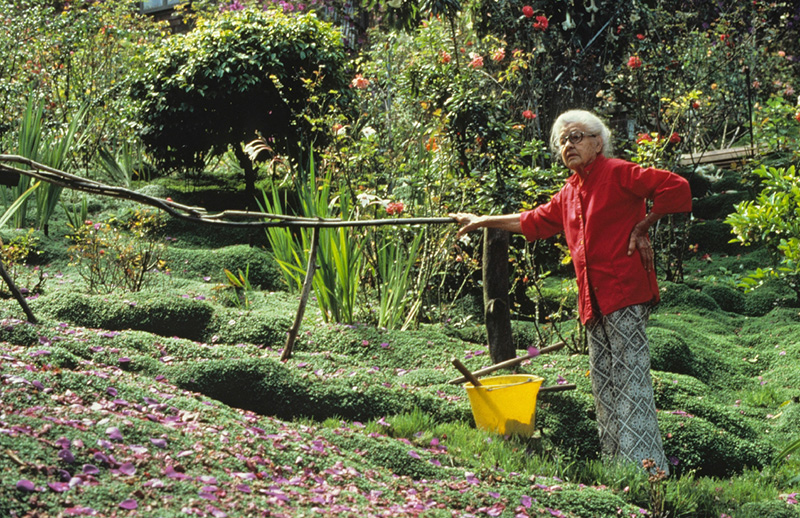 A cascade of flowers and greenery on Telegraph Hill, the garden was created by former resident Grace Marchant in a 30-year labor of love. Beginning in the 1940s, Grace cleared trash from along the wooden Filbert Steps on the hill’s east side, removing abandoned furniture and cast-off stoves and planting in their place pink roses, purple delphiniums, yellow banana plants, and red Japanese maples.

But a portion of Marchant’s gift to her neighborhood was on private land, and in the mid-1980s residents learned that a proposed new residence would all but split the garden in half. In 1986, TPL launched a successful campaign to raise funds for the land’s protection as public open space. Politicians, community groups, journalists, even San Francisco Chronicle cartoonist Phil Frank—the late author of the regionally popular Farley comic strip—raised funds for one of the most visible projects TPL has ever undertaken in its headquarters city.

An opportunity to contribute to Marchant’s legacy came in 2006, as development plans for a private parcel on the garden moved forward and concerned neighbors came to TPL for help. TPL entered negotiations with the landowner, raised more than $900,000 for the parcel’s protection, acquired the land, and donated it to a local land trust—another step in a conservation effort begun more than 20 years ago.