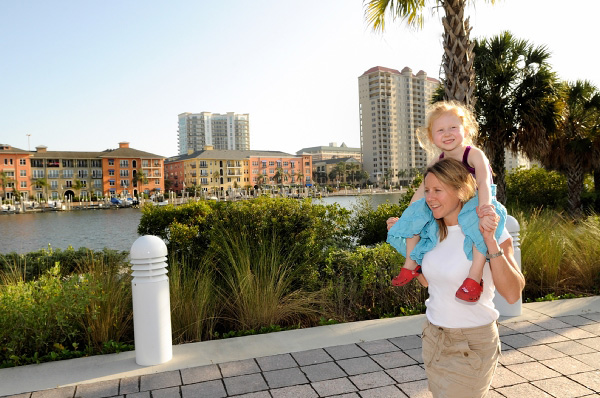 This downtown Tampa park was the first site acquired as part of the city's plan to integrate its waterfront parks into a connected system. The park allows pedestrian links to popular downtown sites such as the convention center, the Ice Palace, and the Florida Aquarium. The land is a welcome recreational green space for the thousands of people who work, live in, or visit the area. It also is significant as the location of historic Fort Brooke, an early 19th century U.S. military fortification that was considered one of the largest and most important bases of its time. The Trust for Public Land purchased the property in 1999, and conveyed it to the City of Tampa.