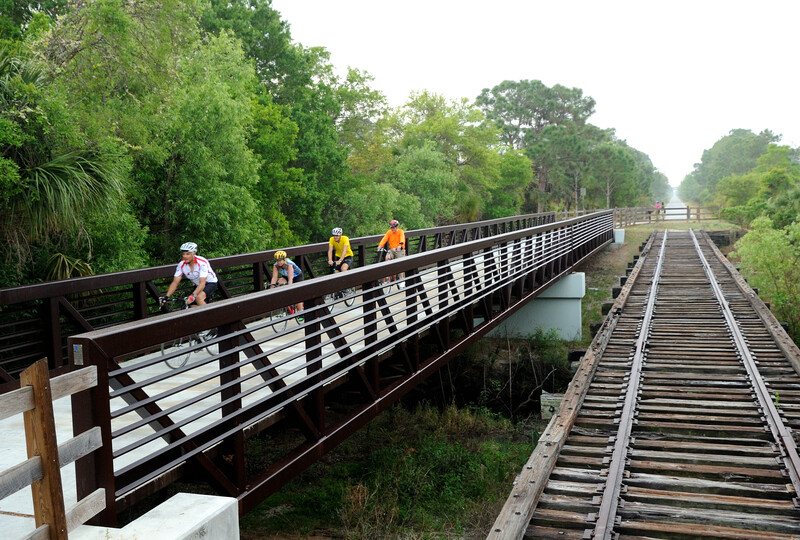 Once an economic lifeline transporting goods and resources by rail, including even the Ringling Bros. and Barnum & Bailey Circus, which wintered in southern Florida, the Sarasota Legacy Trail will now be extended north another 9 miles to Payne Park in downtown Sarasota. Upon completion of this extension, and the planned southerly connection to the City of North Port, the trail will provide benefits to hundreds of thousands of people in Sarasota County. It will provide an inexpensive transportation alternative for the residents of the surrounding 9,000 low-income households, in a city where transportation costs typically are the second highest household expense. Students will benefit with a safe route to and from 18 nearby schools. The trail will also help reduce pedestrian and cyclist injuries and deaths in this metro area ranked #4 nationally as the most dangerous for pedestrians. Residents can use the trail to get to work, go shopping, play and create a stronger community – thanks to The Trust for Public Land, the Friends of the Legacy Trail, Sarasota County, the ballot measure committee led by Gina Taylor and Dan Bailey, and additional financial support from the Gulf Coast Community Foundation and the Conservation Foundation of the Gulf Coast.