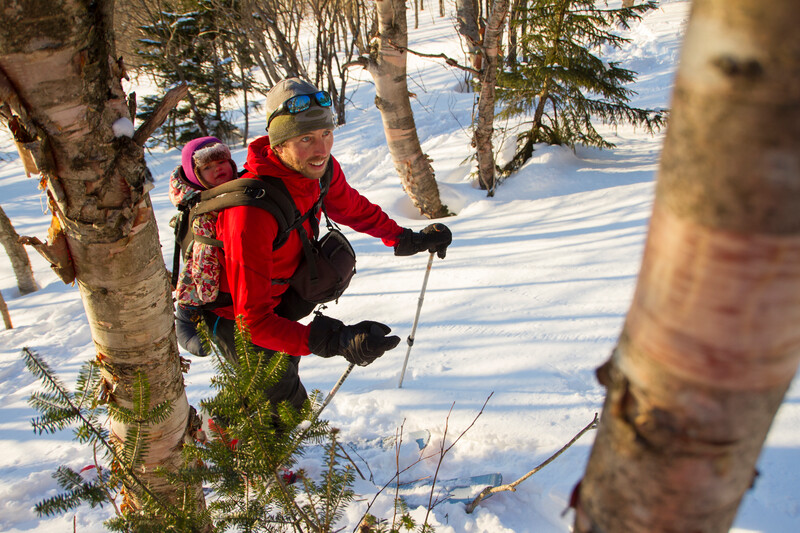 Sitting within the White Mountains, one of New England’s most beloved outdoor destinations, surrounded by hundreds of miles of trails and natural wonders, lies the East Pasture Trail. This spectacular loop trail connects the eastern side of the Jackson Ski Touring Foundation trail network, the East’s most popular cross-country ski trail system. It also serves as a primary route for telemark and alpine touring skiers going into backcountry terrain. When snow isn’t present, it’s a haven for hikers, bikers, and hunters. Along the trail visitors can pay their respects to a small family burial site, a reminder of the early settlers who tried to farm in the harsh climate of the White Mountains. As one of the largest remaining undeveloped forest blocks in the Eastern United States, the land provides critical habitat for a diverse ecosystem and a climate resilient site for species to move and adapt as temperatures warm.

Despite its significance to the Eastern outdoors community, public access to East Pasture Trail was not guaranteed.  To preserve the area for generations of recreationalists, Trust for Public Land worked closely with the Jackson Ski Touring Foundation and the White Mountain National Forest. In 2022, the East Pasture Trail was officially combined with the Jackson Ski Touring Foundation’s system, ensuring permanent public access to this beloved trail.