Located in the West Central neighborhood of Spokane, Dutch Jake’s Park is named for Jacob Goetz, a central community figure and resident of West Central in the early 1900s. Jacob Goetz was known by neighbors for his sense of fun and spirit of friendship. When the park opened in 1976, neighbors agreed that the new park was the perfect namesake to remember Jake.

Today, more than 2,900 residents live within a 10 Minute Walk of Dutch Jake’s park. But in recent years, Dutch Jake’s Park hasn’t felt like a safe place to play. In 2016, growing safety concerns prompted a community planning effort to create a new vision for the park. 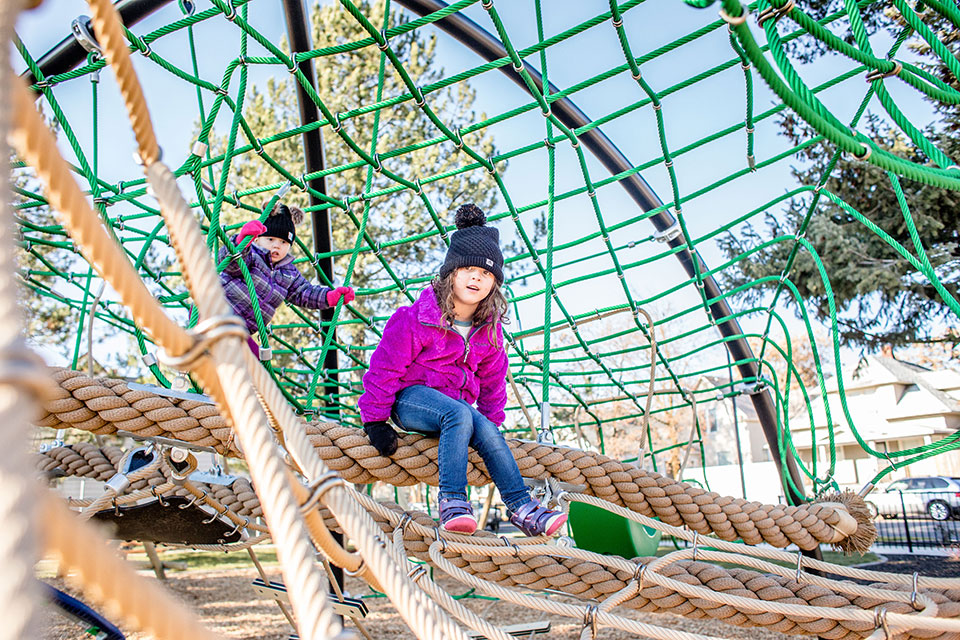 Together with the City of Spokane, West Central Neighborhood Council, and Kaiser Permanente, The Trust for Public Land led community engagement efforts to develop a park design that would fulfill the neighborhood’s vision. More than 1,700 residents contributed ideas and feedback. Neighbors identified an accessible playground, gathering space, and walking loop as priorities for their community.

In November of 2019, the community celebrated a grand re-opening of Dutch Jake’s Park. Neighbors returned to the park with a renewed sense of community ownership and confidence in park safety. The playground, gathering space, and walking loop that the community envisioned are now open to the public. The new, accessible playground invites the sense of fun that earned the park its namesake.