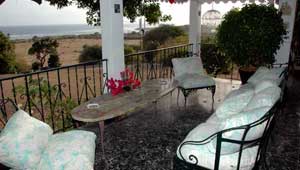 Located on the southeastern shore of the island, the 1400-acree Castle Nugent Farms is the largest privately held property in the Virgin Islands. For more than 50 years, it has been operated as a cattle ranch raising Senepol cattle, a unique island breed developed in the early 20th century. The property features a magnificent tropical environment that hosts a diverse natural habitat and nesting ground for sea turtles and bird populations. Just offshore is one of the longest reef systems in the United States. The site also has cultural resources including evidence of pre-Columbian settlement and a large 18th century Danish estate house, listed on the National Register of Historic Places.

Federal legislation is under way to authorize creation of a new national park at Castle Nugent. If approved by Congress, the park would become eligible for federal funding programs and would offer exciting new opportunities for tourism, recreation, and cultural and archaeological research. TPL expects to work closely with the property owners and the National Park Service on acquisition of the site for the new park.