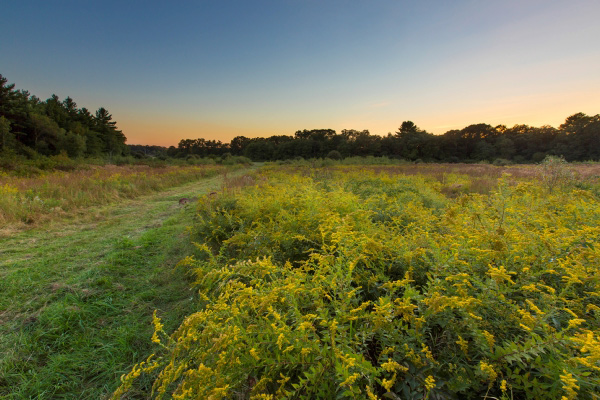 In the 1600s, the Hayward family purchased 74 acres from Chief Massasoit of the Wampanoag native people; for nearly 300 years, generations of Haywards used the land to operate a dairy farm. After the family sold the property in the 1970s, it remained an open landscape and active farm through a succession of different owners. In recent years, however, the site's location near West Bridgewater's busy commercial area has made it the focus of several plans for commercial development plans-including one for a big-box store.

Recognizing that small farms are an important part of the local food system, the community wanted to ensure that the land would remain in use for agriculture. The Trust for Public Land secured an agreement with the ownersto acquire the farm that was being contemplated for a big box retail or solar farm. We worked with the Commonwealth of Massachusetts to raise funds to place an easement on the land that ensures the land remains a farm forever In February 2014, "Farmer Pete" and "Miss Lynn" Reading had their dream of owning their own farm come true, when they were able to purchase this farm at a less-competitive price. The farm will produce food for local tables while preserving the beautiful rural landscape.