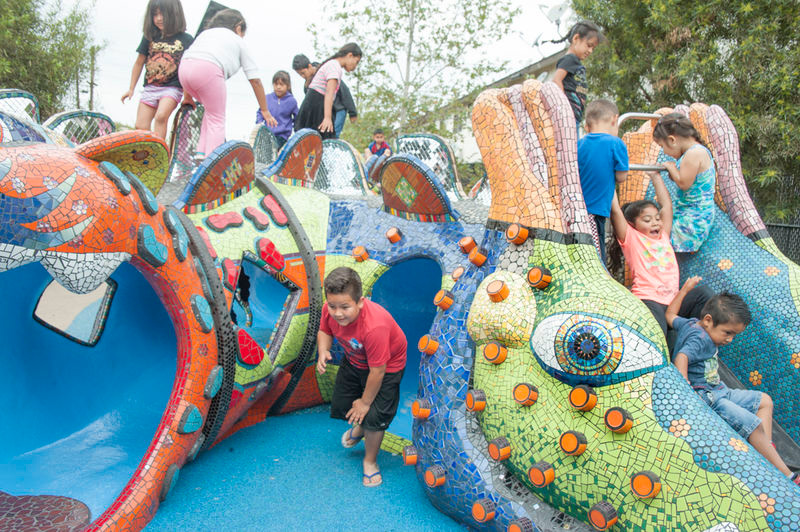 We helped develop a new third of an acre park on Maywood Avenue. One of California's most densely populated and park-poor cities, Maywood is located on the edge of the Los Angeles River and surrounded by heavy industrial areas. To make sure that the locals got the park they really wanted, The Trust for Public Land team, in partnership with the City of Maywood, Union de Vecinos and Padres Unidos de Maywood reached out to the people living close by, holding five workshops where they could establish their priorities for this precious open space.

This new park in Los Angeles County’s most crowded and park-poor community is now a neighborhood icon created in the cultural vocabulary of its largely Mexican-American residents. A 40-foot-long mosaic dragon, created by local artist Jolino Beserra, is the centerpiece of the park. A fully functioning play piece, the majestic dragon animates this mid-block park with the color and exuberance found in traditional Oaxacan art. The park also has a mini sports field, a shady picnic area, a playground and a skateboard spot. The park is slated to open in spring 2015.