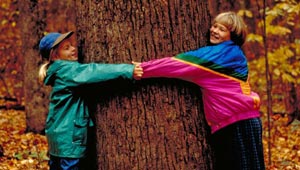 Fifty years ago, a young federal biologist seeking to confirm reports of a “last virgin forest” just outside Washington, DC, was directed to the home of an elderly banker and gentleman farmer named Seton Belt. Today, the 515-acre Belt Farm is an island in a sea of encroaching development. The farm features some of the deepest, richest soils in Maryland and the last stand of virgin hardwood forest on the Atlantic coastal plain. It has white oak and tulip poplar, many of which are more than three feet in diameter and soar up a hundred feet before branching. National Geographic photographers chose the forest to shoot a story on what America was like before Columbus. The property is internationally recognized as a critical nesting area for neotropical songbirds. In the mid-1990s, TPL worked with community groups, the landowner, and the state of Maryland to protect it. Now owned by the state, the old growth portion is managed as the 109-acre Belt Woods Natural Environmental Area.