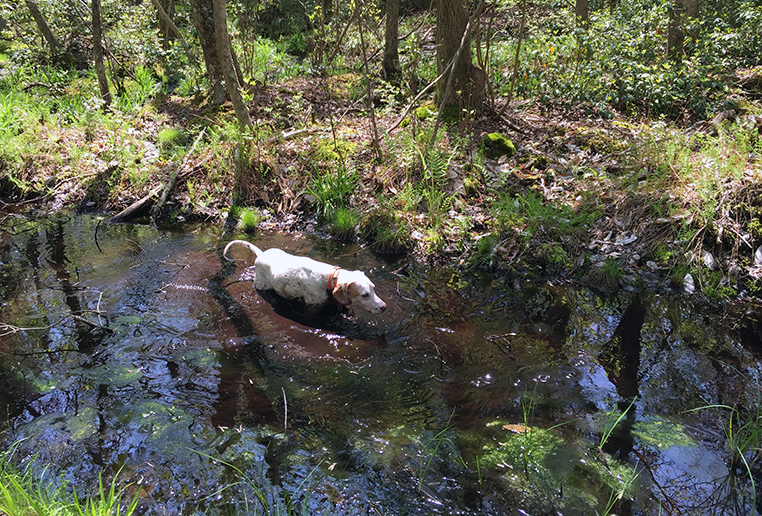 New Jersey’s Pine Barrens are an oasis for wildlife, plants, and people seeking some peace and quiet in the middle of America’s most densely-populated state. This vast expanse of stately forests and freshwater marshes feeds the Kirkwood-Cohansey Aquifer, which in turn supplies drinking water for one million New Jersey residents. But as New Jersey’s population grows, the lonesome Pine Barrens are facing increased threat of development. And its aquifer, a broad, shallow basin underneath sandy soils, is especially vulnerable to pollution.

In 2016, The Trust for Public Land protected the headwaters of Bear Swamp Creek in Burlington County. The property’s longtime owners might have built a subdivision, but were hampered by strict regulations meant to safeguard the region’s drinking water and natural character. They ultimately decided their land, a haven for migratory birds and the endangered Pine Barrens tree frog, belonged to the community. The 413-acre property is now part of the Bear Swamp Creek Preserve, owned and managed by the New Jersey Natural Lands Trust with assistance from Rancocas Conservancy.

Students at nearby Seneca High School now have access to a vast outdoor classroom at their doorstep. People can wander among tall groves of Atlantic white cedar alongside flowing tributaries of Bear Swamp Creek. And residents of southern New Jersey can drink a little easier, knowing that an important source of their communities’ clean water is protected forever.