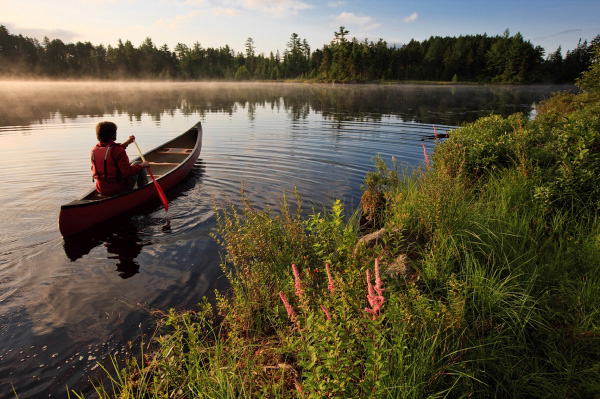 Covering 31,300 acres of remote forests, streams, and ponds, the Androscoggin Headwaters near Umbagog National Wildlife Refuge was one of the largest unprotected properties remaining in the state of New Hampshire. Rich with assets that draw outdoors enthusiasts, the area also appealed to those seeking second homes, making the land highly vulnerable to development. Featuring nationally significant wildlife and fisheries resources, the property is also important for the region’s timber economy. The Trust for Public Land worked with the landowner (Plum Creek Timber Company), New Hampshire Fish and Game, the New Hampshire Forest Legacy Program, and the Umbagog National Wildlife Refuge in a multi-phase effort to bring the most critical wildlife habitat into public ownership while placing the balance of the property under a conservation easement.

The jewels of the Androscoggin Headwaters property are Greenough Pond and Little Greenough Pond, two of only three ponds in New Hampshire that sustain native, non-stocked brook trout populations. Development around these two ponds would have degraded some of the best cold-water fisheries in the eastern United States. These ponds were protected in March 2013 when we acquired the property and subsequently transferred ownership to New Hampshire Department of Fish and Game.

The Trust for Public Land and partners obtained $16.7 million from federal, state and private sources to conserve this property. We added approximately 7,500 acres to the Umbagog National Wildlife Refuge and conveyed 934 acres to New Hampshire Department of Fish and Game for fisheries conservation. The remaining 23,000 acres of productive forestland are protected by a state-held conservation easement that allows for continued sustainable timber production.