Stories
Where the Wild Things Are: Arizona's Cienega Ranch

Our conservation work in the Sky Island mountains of Arizona is expanding. The region’s grasslands are not only stunning; as one of the most biologically diverse corners of North America, they also provide critical habitat for bats, birds, endangered jaguars, and more.

When Josiah Austin bought Cienega Ranch nearly 30 years ago, it was in rough shape. The 33,100-acre spread on the Arizona-Mexico border takes its name from the cienega, or grassy marsh, that used to fill the valley floor—a lively green oasis in an otherwise austere landscape.

In the centuries after Europeans arrived, widespread overgrazing accelerated erosion across the Southwest, damaging the landscape’s ability to retain water. Today, intact cienegas are rare— but Austin is working to change that. “I feel very strongly that the cattle operation should coexist with wildlife,” he says. “The cattle operation is important, but it’s just one aspect of my responsibility to this land.” 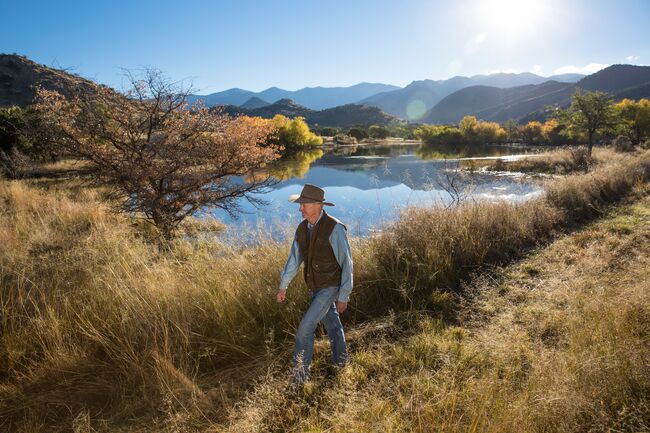 “A lot of times students have gotten wrong impressions about ranchers in general,” Austin says. “It’s nice to let them know that we can be environmentalists and conservationists.” Case in point: Trust for Public Land has been working with Austin for years to protect this valuable habitat. In 2022, we secured an additional 7,852-acre parcel, resulting in a total of 27,100 acres of grassland forever protected from development or subdivision.

And the results are plain to see. “Now I can stand on my front porch and look out over a sea of grass, instead of dust,” he says. “It’s a nicer view for anyone driving through the valley.”

And humans aren’t the only animals enjoying the upgrades. In 2016, motion activated cameras captured photographs of a jaguar on Cienega Ranch—sending a thrill through the community of biologists and conservationists working to bring jaguars back to their historic range in the Chiricahua Mountains.

The victims of widespread habitat loss, hunting, and even a federal eradication campaign, jaguars essentially disappeared from the U.S. by the mid-20th century; only seven males have been documented in the U.S. since 1996, according to the U.S. Fish and Wildlife Service. Thankfully, the same cat spotted in 2016 has been seen intermittently on the ranch over the years since. 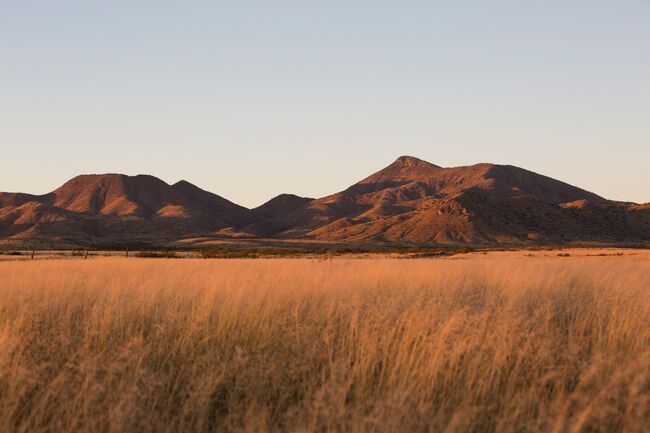 Like the resurgence of native grasses, the jaguar sightings are an indicator of an ecosystem in balance. “It means the space is good for wild animals, and there’s enough deer and other prey on the ranch for the jaguar,” says Austin. “If this ranch had been cut up into 40-acre estates, with lots of dogs and cats and people, that jaguar wouldn’t come around.”

Over the years, Austin has won recognition and awards for his restoration efforts. But he hardly thinks he’s an outlier among the ranchers he knows. “Ranchers in general are starting to be more and more wildlife friendly,” he says. “We were always wildlife friendly, but there’s just more science and information about best practices now than there used to be. The more we learn, the better we can run our operations to benefit all living things.”