Through land protection and historic preservation, TPL is working to tell the story of the Black experience in America. Here, we introduce the vision—and visionaries—behind our Black History and Culture work.

Jocelyn Imani started reading Black Power texts in sixth grade. Now, she has a PhD in history from Howard University and is Trust for Public Land’s national director of Black history and culture. When asked what she wants to accomplish in this role, she tells it straight: “I want dots on the map. I want to ensure that there are more places where Americans—specifically Black Americans—can take their families and leave feeling proud.”

It’s a simply stated solution to a complex problem: underrepresentation. The fact that only 3 percent of nearly 100,000 national historic sites tell the story of Black Americans is the result of ineffective systems. In the United States, our approach to identifying, preserving, and interpreting historic places has long reflected our country’s complicated racial—and racist—past and present.

According to Imani, even at parks and places that are meant to commemorate Black history, the narrative is often presented from a white perspective while the Black experience is offered as a side note. “No, that’s not the jam,” she says. “Our stories are way more dynamic than that.” 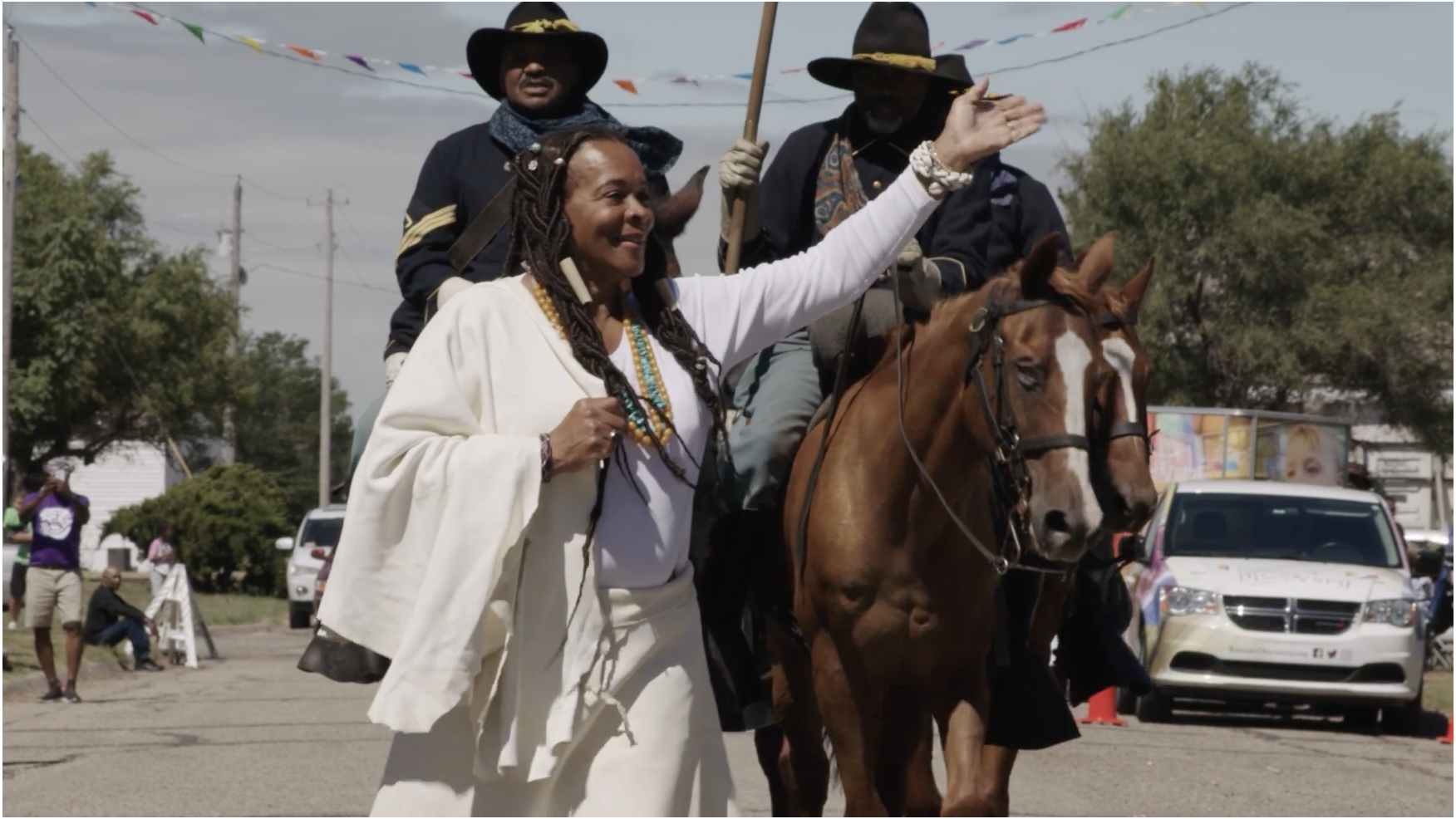 FROM RECOGNITION TO REVERENCE

Clearly, the places we protect as a nation are an indication of what we value, and Black history has been undervalued for far too long. Marking space and culture “with forms that represent the best in human experience” is how Brent Leggs, executive director of the African American Cultural Heritage Action Fund and a member of TPL’s Black History and Culture Advisory Board, recommends we move from recognition to reverence.

This shift is an aspect of historic preservation he sees as crucial to TPL’s Black history and culture work. Like Imani, Leggs prefers to “tell stories and preserve places that go beyond the stereotypical Black narrative that’s often rooted in slavery or pain or trauma.” They want historic places to tell stories of resistance, self-determination, and agency. Trust for Public Land has been working toward this goal for decades.

Take the example of Nicodemus, Kansas, the oldest and only remaining Black settlement west of the Mississippi River. Angela Bates, executive director of the Nicodemus Historical Society and a fifth-generation descendant of original settlers, says Nicodemus “speaks to the tenacity and the vision that African Americans had.” Founded by Black Southerners in search of a free, safe, and flourishing existence, the town—designated a national historical site in 1996—is an example, as Bates puts it, “of how formerly enslaved people elevated themselves in their own community.”

But its Township Hall—a historic building typically used for celebrations, dances, memorials, and the like—has for years been doubling as a visitor center. Trust for Public Land worked with residents and the National Park Service (which operates the eponymous historic site) to secure land for a new visitor center. Now, there will be a dedicated place for guests to learn Nicodemus’s compelling history.

That’s just one project of many. We helped protect the boyhood neighborhood of Dr. Martin Luther King Jr. in Atlanta; the once-segregated Topeka schoolhouse that figured in the Brown v. Board of Education Supreme Court decision; and sites you might not think of as reflective of Black history, such as New York City’s Stonewall Inn. “That is a Black story because Marsha P. Johnson is all in the mix,” explains Imani, referring to a Black trans-rights activist who played an important role in the uprising.

Similarly, it’s worth considering that projects not necessarily earmarked as Black history and culture have Black stories to tell. “There could be a Black history story at almost every [TPL] project, says Walker Holmes, TPL’s Connecticut state director and former interim director of Black history and culture. “It just hasn’t been surfaced yet.” She sees it as akin to the fact that there are often Indigenous stories associated with TPL projects, because land in the U.S. is inextricably linked to tribal histories. “Our work,” says Holmes, “is to elevate the stories along with gratitude for the land and each other.” 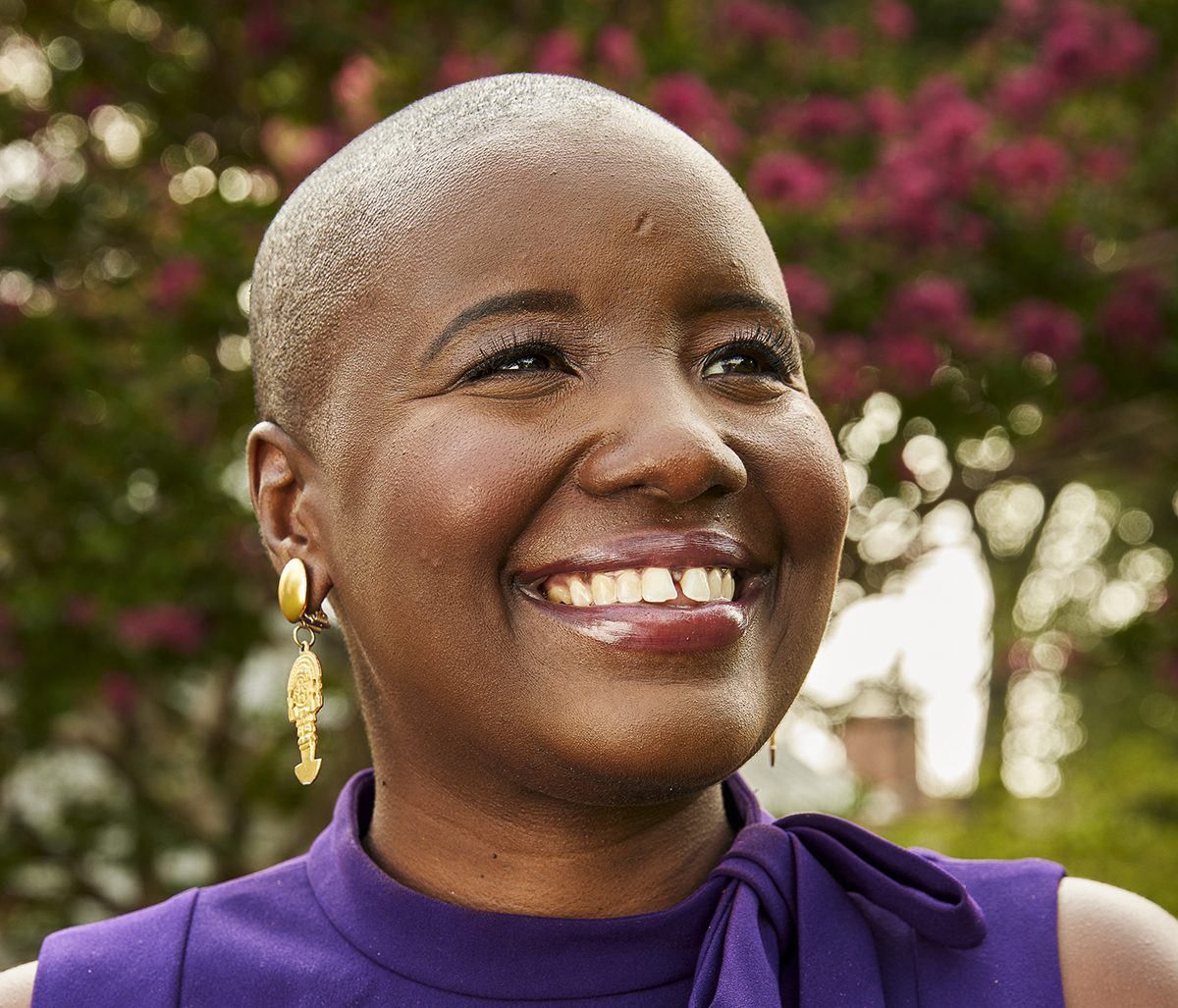 In Their Words
“I want to be able to create sites that highlight self-determination, that highlight love, joy—all these universal values within the Black experience.”

So dots on the map aren’t everything. Which places get saved and how their stories are told is equally important: “I want to be able to create sites that highlight self-determination, that highlight love, joy—all these universal values within the Black experience,” says Imani.

Leggs sees preservation of Black history sites as a means of “reconstructing national identity.” Imani’s vision aligns: “These stories help us understand the fullness of ourselves as nation,” she says.

Keith Weaver, chair of TPL’s Black History and Culture Advisory Council and executive vice president of global policy and external affairs for Sony Pictures Entertainment, adds an important point: “The amplification of these stories doesn’t have to be at the expense or exclusion of someone else,” he says. He’s right, because these stories belong to all of us.

While Imani understands the patience and commitment that her work requires, she feels a deep urgency to preserve Black places and stories swiftly. “These windows are only open for a limited time,” she explains. Many significant sites have already disappeared, and those that remain are threatened by the aforementioned lack of recognition and undervaluing, as well as the rapid pace of development. “There are so many scholars, artists, teachers, thinkers, and creatives that get on in these moments,” says Imani. What she’s learned from her mentors is to “burst as far as you can, as hard as you can.” 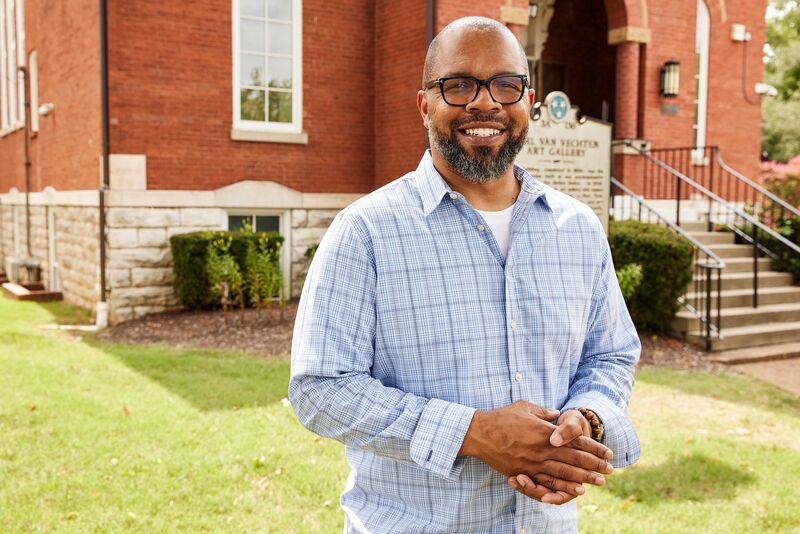 “The amplification of these stories doesn’t have to be at the expense or exclusion of someone else.”
Keith Weaver, chair of TPL's Black History and Culture Advisory Council

Back in Imani’s middle school library, one of the documents she came across was the Black Panther Party Platform and Program (commonly called the 10-Point Program), which encapsulates the group’s beliefs and desires. Trust for Public Land’s early collaboration with the Panthers on Oakland parks and community gardens is a testament to our long-standing role in the fight for outdoor equity—and both organizations’ skill at grassroots organizing. Point number five reads, “We want education that teaches our true history and our role in present-day society.”

Historic places connect us to that truth in tangible, relatable ways. As late congressman John Lewis said of Dr. King’s boyhood neighborhood, “When you walk down the streets he walked down, and pass the houses he passed, even a 7-year-old gets it: Martin Luther King Jr. had a childhood like anyone else, and look what he accomplished.” In other words, places have power: to inspire, to transport, to ground us in our humanity.

Because of TPL’s work protecting significant Black history and culture sites, the Imanis of the future—curious youths looking to engage with their history—will have more than books to turn to. They’ll have plenty of places to go.

Amy McCullough is senior writer and editor for Trust for Public Land and managing editor of Land&People magazine.