Parks Unite Us: Creating social change through parks and community

Thank you for joining us on December 8 at 2:00 p.m. ET/ 12:00 p.m. MT/11:00 a.m. PT for a Park Bench Chat with corporate and advocacy leaders to discuss addressing social inequalities through philanthropic investments in communities, brand positioning, and fostering more welcoming and inclusive environments outside, within the workplace, and beyond.

Parks have always been our common ground, but during the pandemic, they are a lifeline.  And yet today, 100 million people—including 28 million kids—do not have a quality park or outdoor space near home. Even more troubling, parks serving primarily American Indian, Asian, Black, Hispanic, and Pacific Islander populations are half the size of parks that serve mostly white populations, and serve five times more people.

As representatives of some of the world’s largest and most influential brands, the business sector can play a pivotal role in addressing these disparities and creating a more inclusive society.

For our next Park Bench Chat, Trust for Public Land volunteer, philanthropist, and retired Apple senior executive Val Cole was joined in conversation with Luis Benitez, vice president of global impact for The VF Corporation, parent company of The North Face, VANS, Timberland, and other lifestyle and apparel brands; Cheri Carter, Vice President of Boeing Global Engagement for The Boeing Company; and Wendy Feliz, founding director of the Center for Inclusion and Belonging at the American Immigration Council.

They discussed how the corporate sector can address systemic inequalities through investments in communities and parks, how brands can effectively communicate their commitment to diversity and equity, and ways corporate America can lead in fostering a more welcoming and inclusive environment for all. 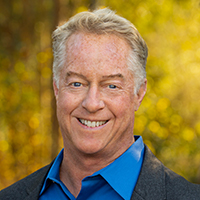 Val is a philanthropist and member of The Trust for Public Land California Advisory Board. He is a former Apple executive, now working as an independent sales and marketing consultant. While at Apple, Val created the iTunes Gift Card program and turned it into a $5B business. Prior to joining Apple, he held leadership positions at Hewlett-Packard and several Silicon Valley start-ups. Val has two great teenagers, has lived in Santa Cruz for over 28 years and plans to stay here forever. For the past nine years Val has served on the board of the Land Trust of Santa Cruz County, most recently as Vice Chair. Val has been on several other non-profit boards including Friends of Santa Cruz State Parks, the Santa Cruz Museum of Art and History and the DigitalNEST. Val earned his MBA from the University of Chicago and his bachelor’s degree from Kalamazoo College.

Luis Benitez is the Vice President for government affairs and global impact at the VF Corporation, a $23 billion holding company that includes some of the outdoor industry’s most iconic brands like The North Face and Timberland. He previously led Colorado’s Outdoor Recreation Industry Office where, during his tenure, the state doubled its outdoor economy and transformed the outdoor industry into a powerful force for economic development, conservation, education and public health. Luis also held leadership positions at Outward Bound Professional in Colorado and Adventure Consultants in New Zealand, which was featured in book Into Thin Air and in the movie Everest. Luis helped create the nonprofits Trekking for Kids and Warriors to Summits, which connect disadvantaged youth and veterans to the outdoors and was an adjunct professor in Ecuador and Chile for the Wharton School of Business. He holds Executive MBAs from the University of Denver and Harvard’s Kennedy School of Government. 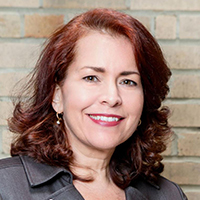 Wendy Feliz is the founding Director of the Center for Inclusion and Belonging at the American Immigration Council. The Center houses the signature, culture and narrative change programs of the Council. The Center also convenes institutions and individuals nationwide who share the common goal of building a more cohesive America where all people are welcomed and included. Wendy has been with the Council since 2008 and has two decades of experience in public policy/advocacy communications. She also serves as an adjunct communications professor at Georgetown University. Wendy holds an M.A. in Public Communication from the American University, a B.A. in Liberal Arts from the New School University, and an A.A. from East Los Angeles Community College. 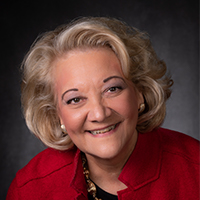 Cheri Carter is the Vice President of Boeing Global Engagement and oversees The Boeing Company’s global strategies for charitable giving and employee volunteerism.

Carter has had a lengthy career as a top-level public and private sector executive, political advisor, and development professional. Prior to joining Boeing, Carter served as an advisor to several national and international organizations focused on cultural diplomacy, and led the capital campaign to complete the United States Institute of Peace Headquarters and Campus in Washington, DC. Carter was the founding executive director of the PBS Foundation, the non-profit arm of the Public Broadcasting System and served as Vice President of Corporate and International Development for the Elizabeth Glaser Pediatric AIDS Foundation, where she led global fundraising efforts to support the Foundation’s research, advocacy, training and prevention programs.