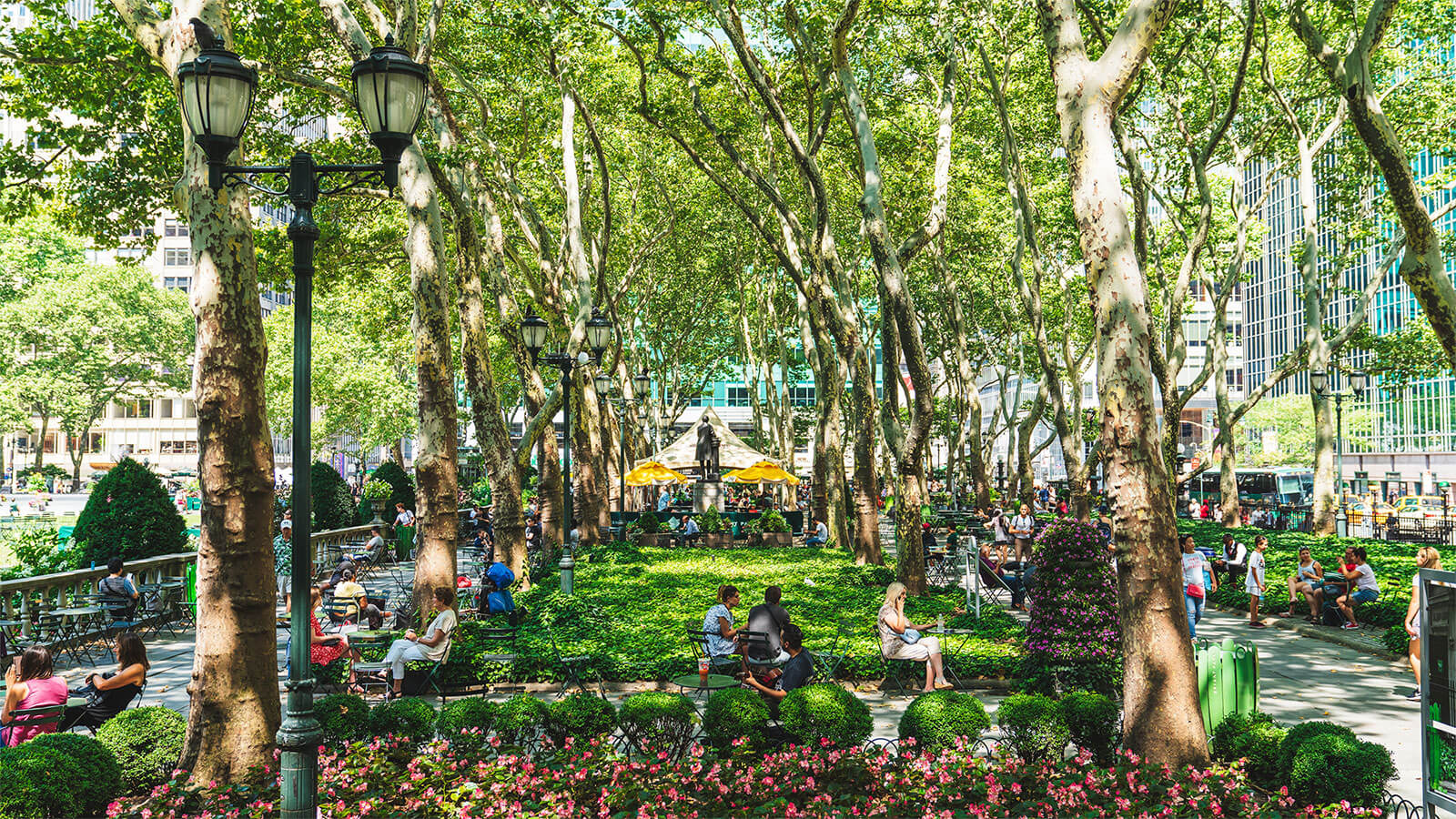 New York City is home to some of the world’s most iconic parks. From the City’s Central Park to the Federal Government’s Gateway National Recreational Area—and every neighborhood park in between—99% of New Yorkers live within a 10-minute walk to a publicly accessible green space.

Residents visit their parks over 527 million times per year, which is 50% more unique visits than to the federal or New York state park systems combined. Whether picnicking on a grassy knoll with friends or kids enjoying the neighborhood playground, New Yorkers treasure these spaces that make the city livable. Especially during the COVID-19 pandemic, these outdoor spaces remained open and safe while theaters, restaurants, and other places to eat were closed or restricted capacity.

But parks in New York City provide more than precious quality time outside; they create billions of dollars of benefits and savings every year with a payback that is many times greater than the annual budgets of the city, state, and federal agencies and private non-profit groups that maintain these spaces. 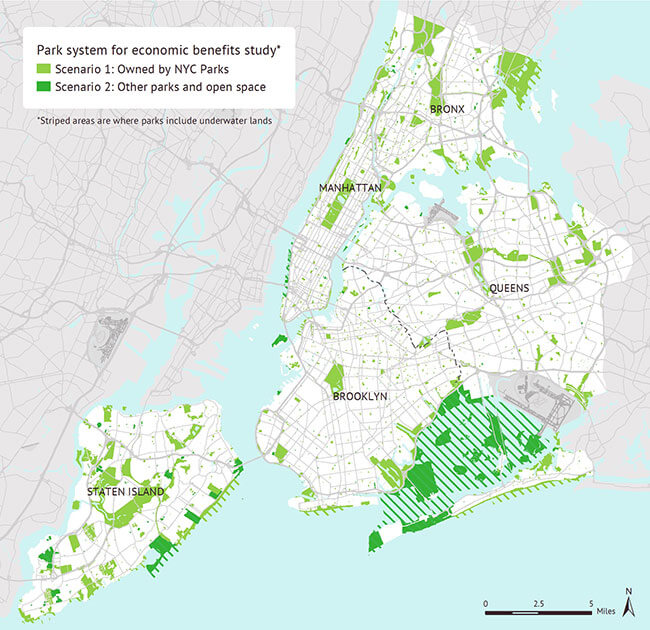 To calculate the grand impact of parks in NYC, Trust for Public Land partnered with resource economists, an award-winning GIS team, and notable partners from research institutions to produce the Economic Benefits of Parks in New York City.

Want more details? Download your copy of the Economic Benefits of Parks in New York City.