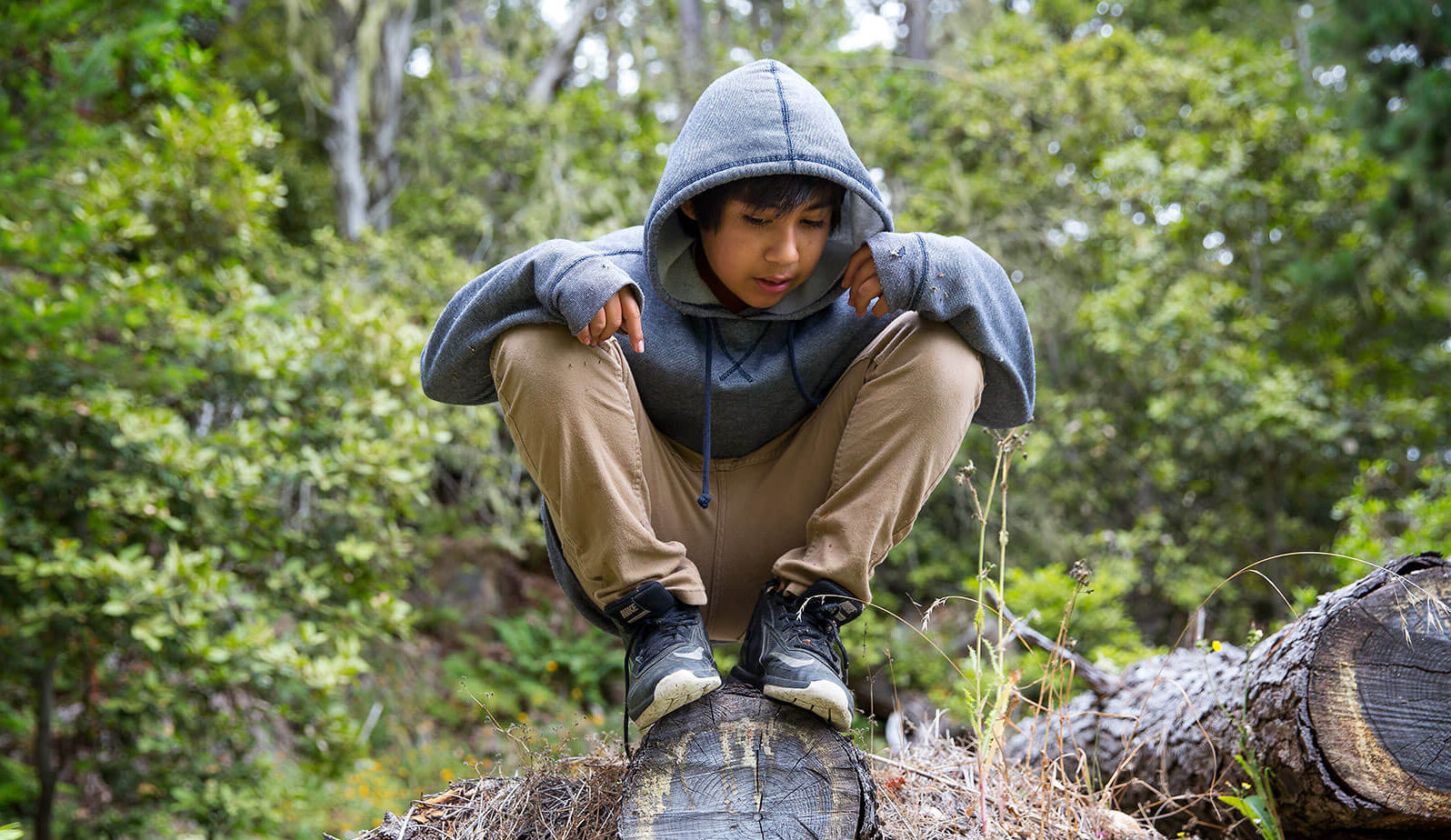 After more than a century, access to nearly 700 acres of Northern California coastal prairie and redwood forest has been returned to the land’s historic caretakers.

Close your eyes” instructs Reno Franklin. Chairman of the Kashia Band of Pomo Indians, Franklin wears his long black hair pulled into a loose ponytail. He’s addressing a crowd gathered to celebrate the creation of the new Kashia Coastal Reserve.

“Think back 200 years, when thousands—not hundreds, but thousands—of Kashia people walked on this land. Literally right where you’re standing. That is where we are.”

“Two hundred years ago, the Russians came. The ‘Undersea People.’ Why did we call them that? Look.” He gestures to the sweeping Pacific, stretching to the horizon behind him. “That view had stayed the same for thousands of years. Until a mast appeared, and then a boat. The Undersea People. From that day forward, everything changed for us.”

Years of negotiations, fragile alliances—built, destroyed, repaired—and the hopes and dreams of a people have led to this day: the transfer of nearly 700 acres of Northern California coastal prairie and redwood forest back to the Kashia, its historic caretakers.

On paper, the deal was closed in December of 2015. But today—a windy Saturday in June 2016—marks the tribe’s ceremonial return to the coast. Hundreds of people, Kashia and non-Indians alike, have congregated here along a quiet, rural stretch of Highway 1 in northern Sonoma County to dance, pray, and mark a defining moment 150 years in the making. It’s hungry work, and Kashia volunteers have prepared a traditional feast for the guests—some of whom have traveled hours to join the celebration.

“I don’t know how else to explain it: it’s like a home I’ve never been to before, but I can feel. I know this is where I belong,” says Billyrene Pinola, a Kashia, her voice breaking with emotion. Later, Pinola will don traditional dress to perform a ceremonial dance alongside her granddaughter Laila; now she’s standing and marveling at the scene around her. “This is not just a piece of land to us. It’s family. If you don’t know your cultural history, your language, your land, you lose your identity. This property brings us back home.”

Once, the Kashia thrived here. In colder months the tribe lived in upland villages, hunting and gathering in the abundant forests and grasslands. When the seasons turned, they moved their camps closer to shore to fish and harvest abalone, mussels, urchins, seaweed, and salt. They made jewelry from shells and wove grasses and fibers into intricate baskets. The surrounding ocean, forest, and hills were their grocery, their pharmacy, and their university.

In Their Words
“This is not just a piece of land to us. It’s family. If you don’t know your cultural history, your language, your land, you lose your identity. This property brings us back home.”

Once, the Kashia thrived here. In colder months the tribe lived in upland villages, hunting and gathering in the abundant forests and grasslands. When the seasons turned, they moved their camps closer to shore to fish and harvest abalone, mussels, urchins, seaweed, and salt. They made jewelry from shells and wove grasses and fibers into intricate baskets. The surrounding ocean, forest, and hills were their grocery, their pharmacy, and their university.

“Twelve thousand five hundred years,” says Chairman Franklin. “Archaeological records show that’s how long Kashia were on this land. And in the last 200, after the Russians and Europeans came, our people suffered. We died, we were murdered, we were put into slavery, forced to work in gold mines.”

The arrival of the colonists forced the Kashia people inland, where they ultimately settled on a small, water-poor reservation—40 acres, with no direct access to the coast. “My grandmother was moved to the rez when there were no homes there,” recounts Billyrene.

“The government said they were going to provide housing, but they didn’t—so she and the others had to build their own brush houses to live in. Back then, the coast was their primary food source. But when my dad wanted to fish or to gather, he had to ask permission from the landowners. They never told him no, but it really bothered him that he had to ask.

“My grandmother and my father taught me how to gather,” she continues. “I raised my children on the 40-acre reservation, and I taught them how to live off the land. It’s a big asset for our tribe to be able to access the ocean, because that’s where we get our food and our culture.” 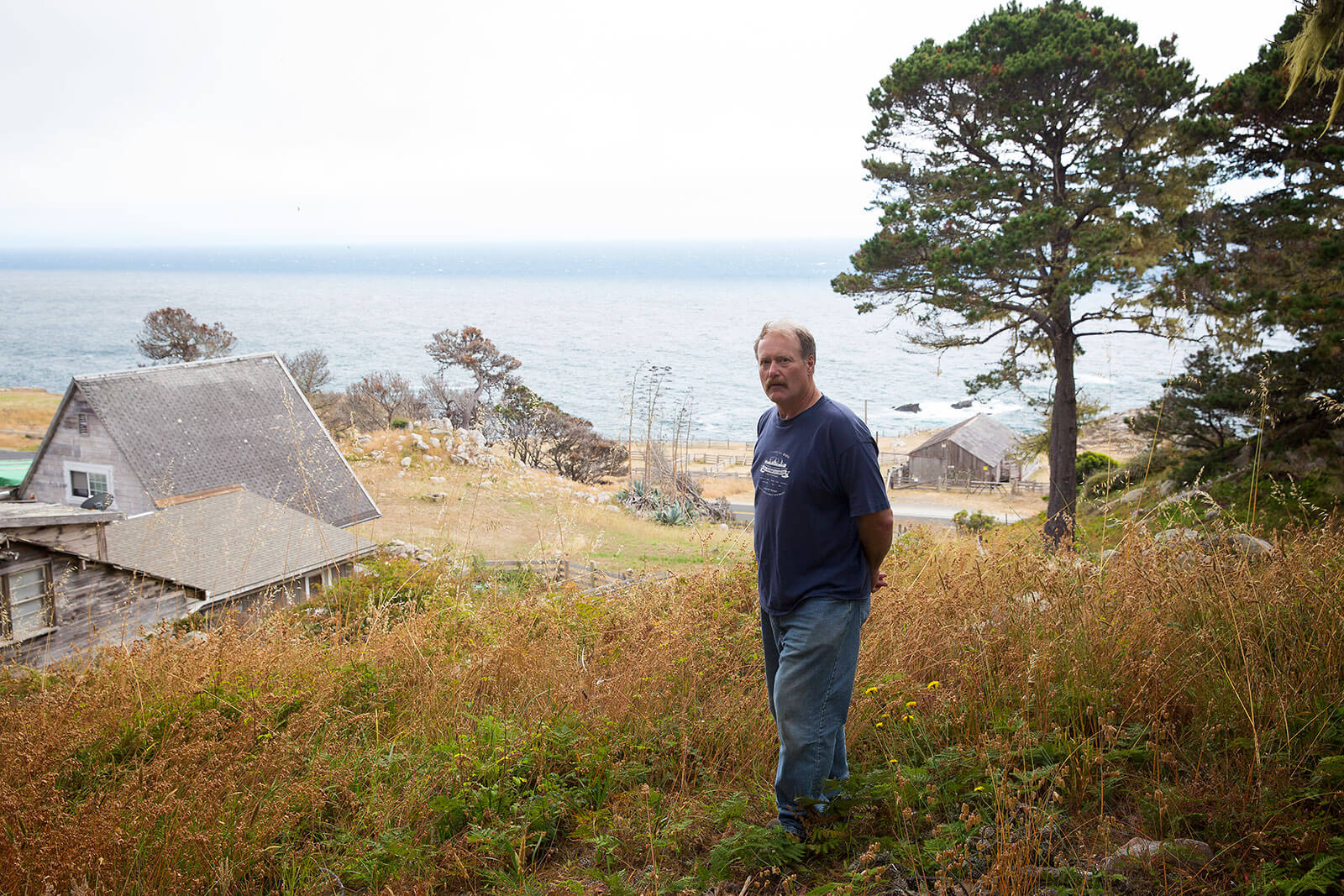 Bill Richardson adjusts the curved brim of a red baseball cap low over his forehead. It’s embroidered with a feather and the words “Native Pride.” With the hat and sunglasses concealing his eyes, it’s hard to read his expression.

“My emotions are mixed,” he says, haltingly. We’re gazing out over the family ranch his grandparents first purchased in 1925—coastal prairie of purple needlegrass and oatgrass thrumming in the brisk summer wind, million-dollar views of the Pacific as it pummels the base of the cliffs, 70 feet high, across Highway 1. Not one morning of his life, says Richardson, has he walked out his front door without finding himself awestruck by the beauty of this land.

Under the terms of the agreement he and his siblings have brokered with the Kashia, Richardson explains, he won’t have to give up the view: their arrangement includes the provision that he’ll live out his days in his family home. As we talk, two Kashia men walk up behind him and tap his shoulder. Richardson turns—“Hey!”—and greets each with a hug.

Divided by ancestry, the Richardsons and the Kashia are bound by the land they both call home.

When tribal members wanted to gather seaweed or harvest abalone or perform a ceremony, it was the Richardson family who granted permission. Bill Richardson and his two sisters grew up here, attending the tribe’s one-room schoolhouse just up the road on the Kashia reservation. Their playmates were Kashia kids, too.

So it was more than a decade ago that the Richardson siblings first began talking with the Kashia about selling their land to the tribe. But the Kashia could not assemble the considerable resources needed to make the purchase. A deal remained a distant hope until 2013, when the tribe’s legal council called Trust for Public Land. The organization had a long history of working with Native peoples, protecting more than 200,000 acres of important tribal lands since the late 1990s. Could they help?

“From a conservation standpoint, this property was obviously important because it’s a large stretch of beautiful, undeveloped coastline right next to a state park,” says Trust for Public Land’s Brendan Moriarty. “But when we understood the significance of the land to the Kashia, we knew we wanted to help. Everyone involved—including state and local public agencies, the tribe, and the landowners, the Richardson family—we all wanted to see something [transformational] happen.” 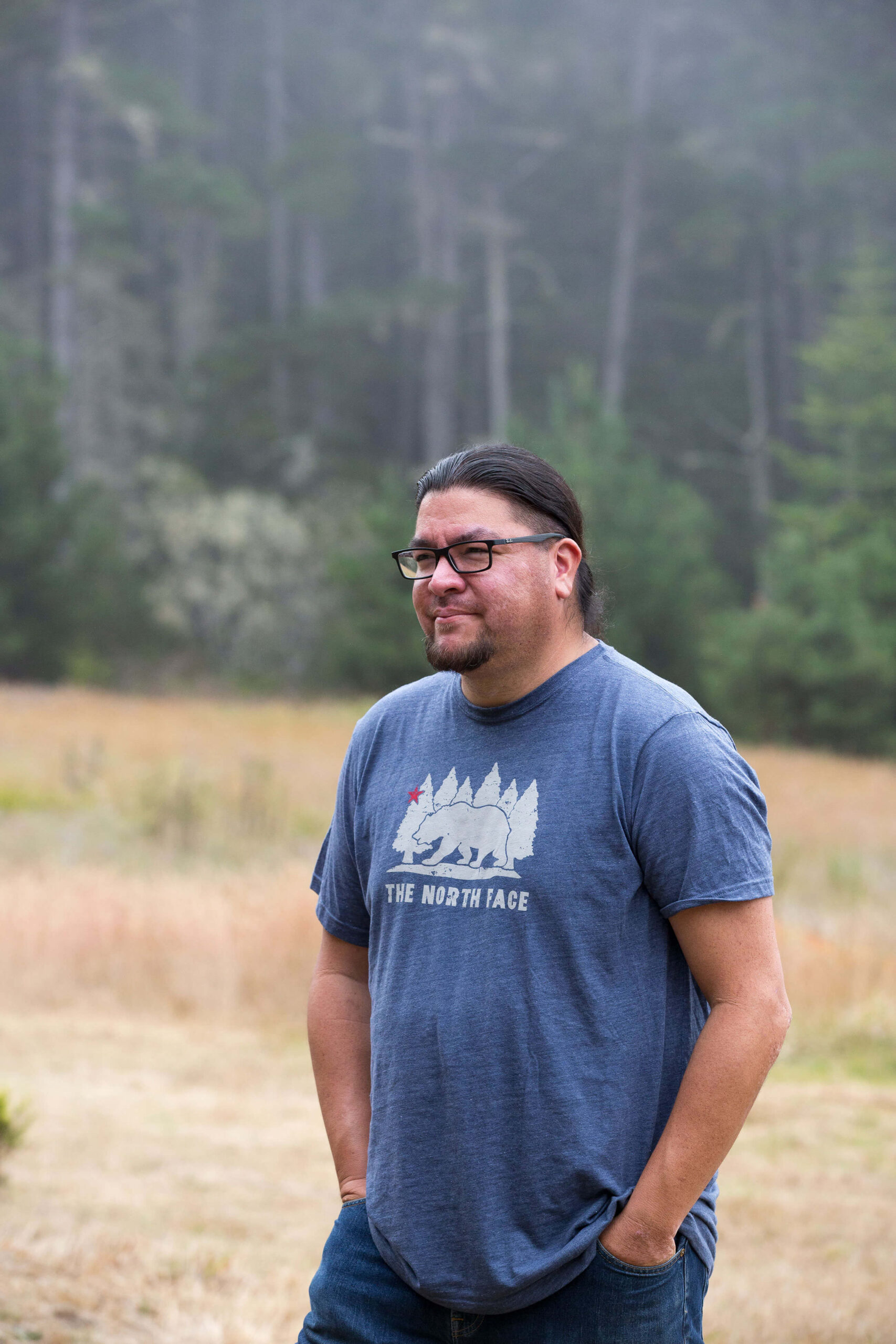 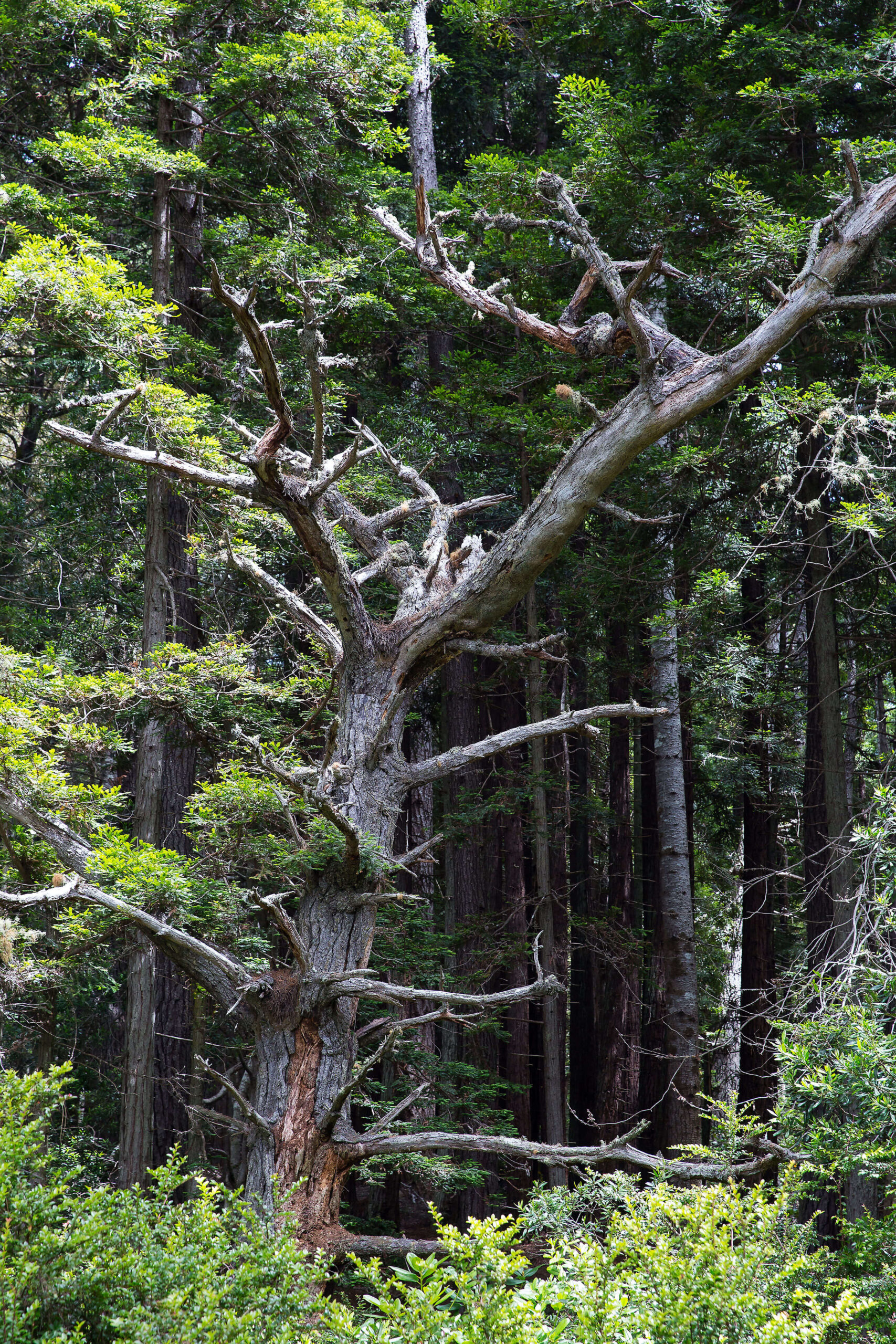 “[This is] traditional management by Native people.” — Nina Hapner

Then came the details: hashing out the terms of a conservation easement to permanently protect the land from development and to ensure sustainable stewardship. “We and the tribe agreed the goal was to try to rehabilitate the forest,” says Moriarty.

Under the terms of the easement, the Kashia must follow a restorative forestry plan. “It’s a different kind of timber management,” Moriarty explains. “In other timber harvest plans, the goal is to cut the largest redwoods. But in this rehab approach, you go in and thin trees to allow remaining trees to grow bigger, with the goal of improving forest health.”

“People often call what we’re planning a ‘demonstration forest,’ but we consider it returning the forest to its natural state,” says Nina Hapner, who directs environmental planning for the Kashia. “It’s traditional management by Native people.”

As Hapner explains, the tribe will harvest plants for traditional uses: yerba buena and Labrador for tea; equisetum, madrone tree bark, and angelica root for medicine and ceremonies. In accordance with the easement, tribal members will also harvest young trees, using proceeds to pay off the loan secured to help acquire the land. As the smaller trees and undergrowth are cleared, lowering the risk of wildfire, the forest will regain much of its pre-colonial character. “In 50 years, we’ll have healthy old-growth forest,” says Hapner.

“For much of this stretch of the property, there’s no forest cover—it’s a coastal terrace of open grassland,” says Brendan Moriarty. “So as you’re walking along, you have this unimpeded view of the endless Pacific Ocean in front of you, and you can see Salt Point to the south in the distance. As you turn and look inland, it’s all towering redwood forest. You’re crossing over a number of creeks that run across the terrace before dropping off into the ocean. So it’ll be pretty dramatic—especially in winter, when the water is flowing.”

Plans for the trail include the creation of educational displays to share Kashia history. “We’ve considered doing guided hikes with tribal docents,” says Franklin. “We’re also talking about dedicating the trail to the veterans in our tribe. We’d call it ‘The One Who Was Warrior Way.’” As Franklin notes, many members of the tribe fought in the United States military, and one was even part of Theodore Roosevelt’s famed Rough Riders.

After prayers and food, we walk up the hill to a meadow, where a small fire marks the center of a dance circle. I fall in next to a man named Jonathan Toste, a local open space advocate who was keen to show his support by attending the ceremony.

“The coast is a mosaic of undeveloped and developed land,” he tells me. “What the Richardsons have done [by selling this ranch] is to create a balance: protecting the land from people while still allowing them to come to the land. The Kashia aren’t the only ones who come out here to pray. To see the coast, the birds and plants, that is a deep prayer for me.”

Gathered around the fire, Franklin and other Kashia lead tribal dancers in song, keeping the beat with hand-hewn clapper sticks. Eight men, wearing feathers and mimicking a bird’s gait and gaze, enter the circle from the west, followed by seven women.

In the distance, osprey soar over the coastline, searching for their next meal. Kashia children gather plants in the cool shade of a young redwood grove. At the foot of the driveway into the ranch, an agave Americana plant stands in full bloom. The flowers topping its 30-foot stalk signal the end of the plant’s life cycle—a moment of transition. This plant will die, but more will emerge from its roots, both replacing and propagating their predecessor.

“I feel so thankful to have had the opportunity to work on this project with the Kashia,” says Moriarty. “It’s not just a story of important environmental conservation. It’s also an important social justice story—an opportunity to do right and do well.”

Chairman Franklin nods his head in agreement. “This experience has been not only beneficial but healing for us. We stand in this place today a complete people. We are at a moment that all of us prayed for, that we fought for, and our elders guided us through.