On stormy seas, we still look to the light in the darkness
By Trust for Public Land
Published August 3, 2016
Spread the Word

On stormy seas, we still look to the light in the darkness

There’s something about a lighthouse that captures the imagination. Maybe it’s eerie tales of ships lost at sea, or the courage of the lone lighthouse-keeper braving the storm to keep the lantern lit through the night. Or maybe it’s that the rocky shores so hazardous to passing ships are also great spots for watching waves.

“Lighthouses stand in the most wonderful places,” says Wayne Wheeler. As founder and chair of the United States Lighthouse Society, Wheeler travels the world teaching—and learning—about lighthouse history and preservation. “From the Outer Banks of North Carolina to the craggy coastline of Maine, and all along the Great Lakes shoreline—lighthouses tend to mark the places we want to go with our families for vacation.”

In our work with coastal communities, we have protected photo-worthy backdrops to lighthouses from Hawaii to New York. In honor of National Lighthouse Day August 7, we’re taking in some of the spectacular lighthouse views we’ve protected with help from supporters like you. 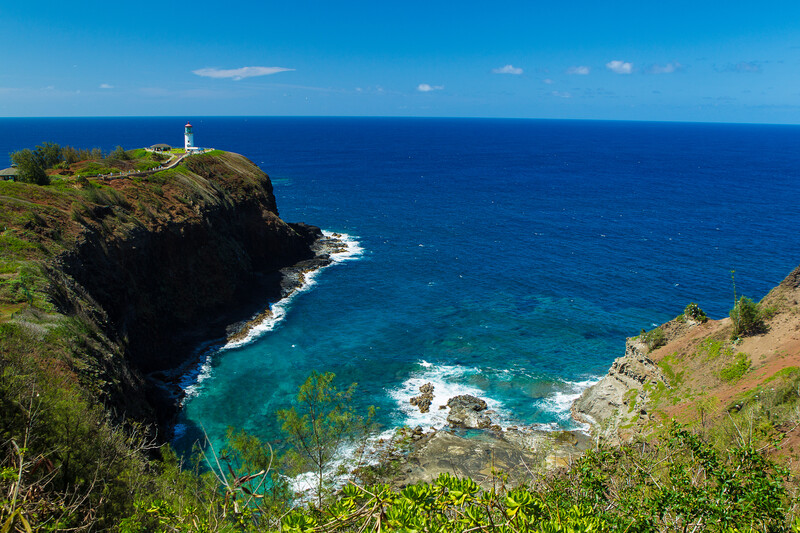 The lighthouse on Kilaua Point presides over some of the best habitat for seabirds anywhere in Hawaii.Photo credit: Noah Hamilton

Year lit: 1913
Height: 52 ft.
History: A Parisian company made the giant Fresnel (pronounced “Fruh-NELL”) lens for the lighthouse at Kilauea Point and sent it off to Kauai with installation instructions … in French. Builders had to call in help from Honolulu, via ship and horseback, to translate the instructions into English.
Today: Kilauea Point National Wildlife Refuge is one of the best places to see Hawaiian seabirds. We helped expand the refuge to include Mokolea Point and Crater Hill, protecting both from development. In 2012, the lighthouse was renamed in honor of Daniel K. Inouye, a longtime senator from Hawaii. Today, visitors can tour the lighthouse when they visit the wildlife refuge. 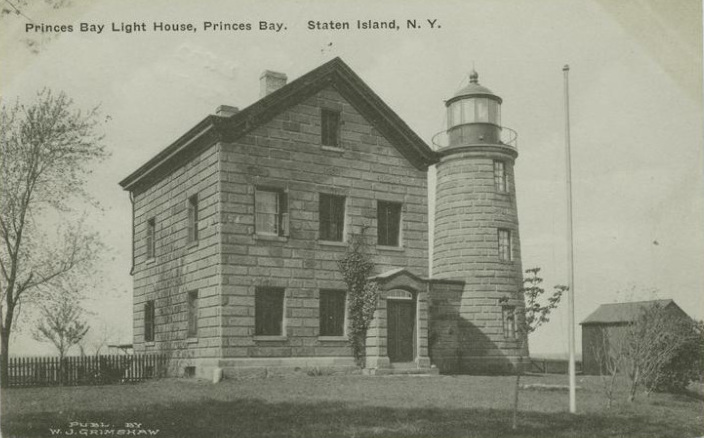 Year lit: 1864
Height: 30 ft.
History: This part of Staten Island has deep Catholic roots: the land around the lighthouse was owned for decades by the Mission of the Immaculate Virgin, an orphanage once home to more than 1,700 children. At one point, the mission placed a statue of the Virgin Mary atop the tower where the lighthouse lantern room used to be.
Today: We helped protect 145 acres—including the lighthouse—to become the Mt. Loretto Unique Area, a mix of grasslands, forests, bluffs, and beaches laced with miles of hiking trails. The ranger who cares for the site lives in the old lighthouse keeper’s quarters. 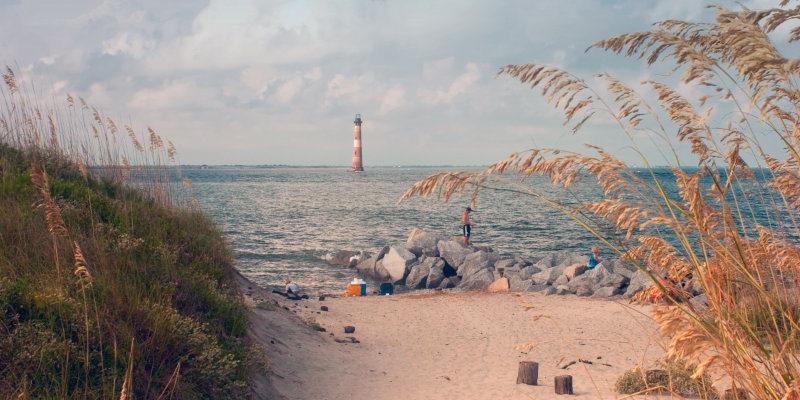 The lighthouse on Morris Island is no longer technically “on” Morris Island—coastal erosion has worn away the shore.Photo credit: Flickr user sig08

Year lit: 1876
Height: 161 ft.
History: Morris Island Light was built a comfortable 1,200 feet back from the water’s edge. But the jetties later constructed to protect Charleston Harbor altered the currents along the island, causing rapid erosion of the beach. The lighthouse now stands a few hundred feet from the shore, and the keeper’s quarters and other buildings have washed away completely. A local group called Save the Light, Inc. purchased the badly listing lighthouse for the public and stabilized it to stand straight once again.
Today: We helped purchase Morris Island from a developer and transfer it to the City of Charleston, protecting its heritage as a Civil War battlefield and its status as one of the last undeveloped islands off the South Carolina coast. Today, it’s a favorite destination for paddlers and boaters. 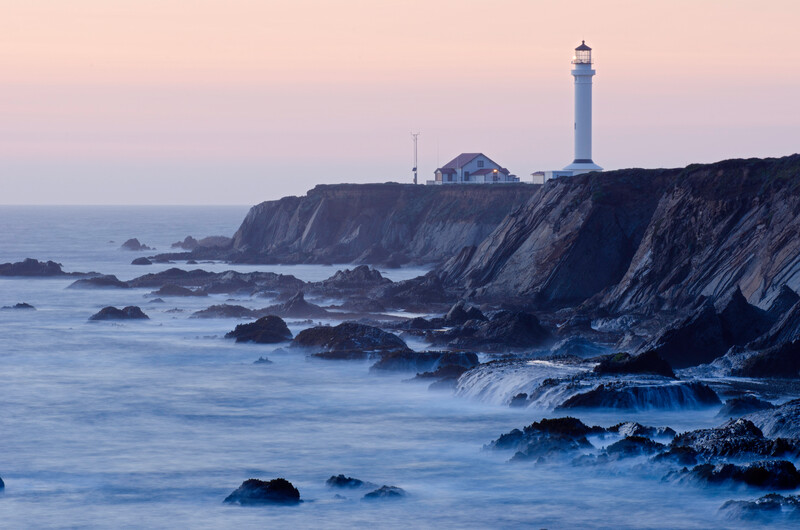 Year lit: 1908
Height: 115 ft.
History: The first lighthouse on Point Arena was lit in 1870, but it was badly damaged in the 1906 earthquake that devastated San Francisco. The U.S. Lighthouse Service quickly ordered it replaced with a stronger structure, awarding the contract to a construction company usually tasked with building smokestacks. They carried that aesthetic over to the lighthouse: it’s a straight cylinder reinforced with steel rods.
Today: In 2014, President Obama included 500 acres we protected in the new Point Arena-Stornetta unit of the California Coastal National Monument. The rugged coastline, breezy prairies, and deep groves of cypress and redwoods include miles of hiking trails and breathtaking views of the coast—and, of course, the Point Arena Lighthouse. The Point Arena Lighthouse Keepers operate the property as a museum—and you can rent a room in the historic keeper’s quarters. 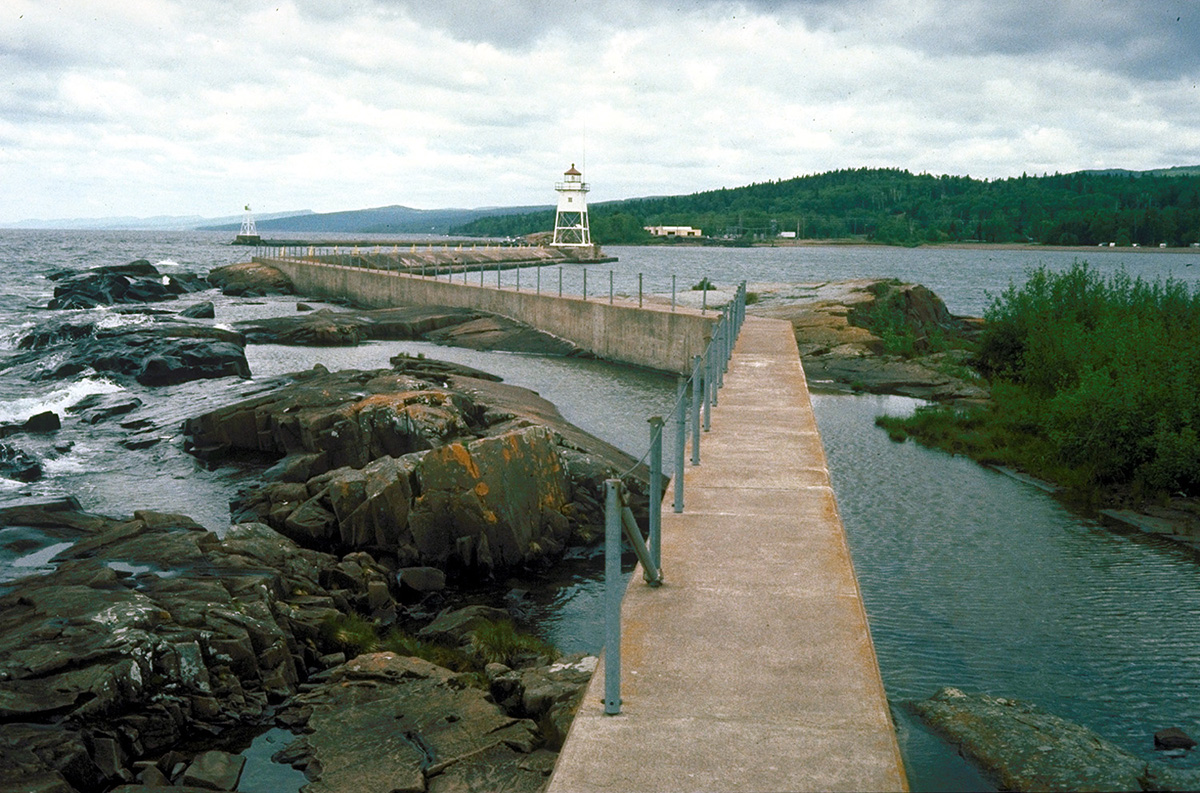 Year lit: 1922
Height: 34 ft.
History: Built in 1922, the Grand Marais Light stands on the tip of a breakwater jutting out into a deep natural harbor—a place of refuge for ships dodging fierce winter storms on Lake Superior. Before a paved highway reached Grand Marais in the late 1930s, it was most accessible by boat, so the lighthouse keepers had a cold but critical job to keep the harbor marked for supply ships.
Today: We protected one of the last remaining private parcels along the harbor in Grand Marais, helping the community realize a long-held dream of a public shoreline park. The lightkeeper’s cabin, built in 1896, is now a museum operated by the Cook County Historical Society.

These historic lighthouses—and a thousand more like them—are a reminder of our country’s maritime legacy. But though the technology of navigation has advanced from star charts to GPS signals, lighthouses aren’t entirely a thing of the past. “Sailors still use lighthouses for navigation,” Wheeler says, “especially when they’re close to shore.”

Even so, it’s mostly the spirit of the lighthouse that moves people to care for them today. “That light was the last thing the sailor saw as he left for foreign shores, and the first thing he sees as he comes home,” says Wheeler. “For some folks, a lighthouse is nearly a religious symbol. It points to the sky. It offers a shining light against the darkness.”