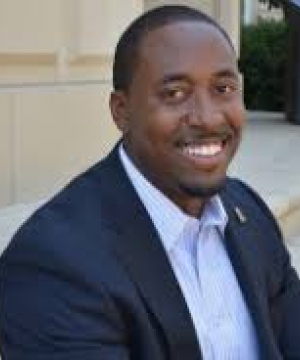 Taylor Toynes is the co-founder and executive director of For Oak Cliff, a culturally responsive organization serving the South Oak Cliff community in Dallas, Texas.

Working as a community organizer in the South Oak Cliff neighborhood of Dallas, Taylor Toynes has been on a mission to overturn systemic oppression in his community, and parks are one of his more powerful tools. In addition to serving as the Executive Director and founder of the non-profit community organization, For Oak Cliff, he represents his neighborhood on the City of Dallas’ Park and Recreation Board, which manages the city’s park system.

After graduating with his master’s degree in education from Southern Methodist University, Toynes returned to the neighborhood he grew up in with the singular focus of working to overturn the decades of racism and systemic oppression that have limited the opportunities for its residents, especially youth and children. He brought this passion and commitment to his students at W.W. Bushman Elementary School l where he taught. Shortly after he launched the first annual Back To School Festival, a vessel to equip the community and students with the necessary supplies and resources for the new school year. For his leadership, he has received awards from the United Nations, the NAACP, and Southern Methodist University and was named an Echoing Green Fellow in 2020.