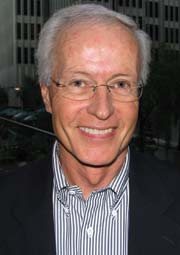 Previously, Richard served on the Board of Directors of Science and Technology Center at University of New Mexico as Vice Chair. He also served as an Advisory Board Member for the Los Alamos National Laboratory Technology Commercialization Office and was a founding  member of the Board of Directors of New Mexico Community Capital, a community and social venture capital enterprise.  He received his BA from the University of Montana, his graduate degree in International Management from the Thunderbird School of Global Management, and an MBA from Golden Gate University in San Francisco.

In his free time, Richard has conducted extensive offshore sailing ventures throughout the North and South Pacific Oceans including many short-handed long distance open ocean sailing voyages. Richard and his significant other, Mary Lloyd, reside in Whitefish, Montana and Mazatlan, Mexico, where he enjoys downhill and skate skiing, road cycling, hiking, and sailing.