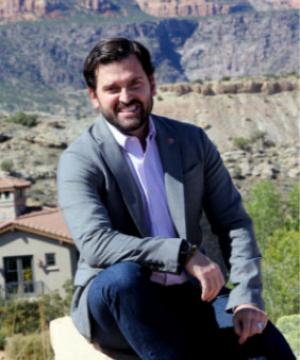 Luis Benitez’s early career was spent conducting mountaineering, climbing, and skiing courses for the international Outward Bound Schools which he advanced to becoming the Director of Operations and Chief Guide for Adventure Consultants, a Seven Summits guiding company based in New Zealand made famous via the book Into Thin Air.

Luis has led parties of climbers to the summit of some of Earth’s most imposing peaks. His first of six summits on Mount Everest was in 2001 with blind athlete Erik Weihenmayer, and Luis has guided on the other famed Seven Summits a total of 32 times.

From guiding and as a byproduct of that work, working with governments around the world, Luis pivoted to full time government affairs and global impact work for the ski company Vail Resorts.

He was also at that time elected to City Council in Eagle, Colorado serving as the youngest Councilman for the town.

Luis then came to VF from leading the Outdoor Recreation Industry Office for the state of Colorado via his appointment by then Governor Hickenlooper.

At the heart of his career, Luis has always focused on teaching as well as serving. Some of his most rewarding work has been to help create the nonprofit “Trekking For Kids”, which focuses on service based expeditions allowing participants to climb and trek while teaching them about local issues like housing and healthcare for orphans around the world. He has also worked closely with Warriors to Summits, a nonprofit focusing on serving returning Veterans by connecting them with the outdoors.

Luis believes that a major shift is taking place, one in which the outdoor industry will transform into a powerful force for economic development, conservation and stewardship, education and workforce development and the intersection between public health and wellness, and spending time outside.