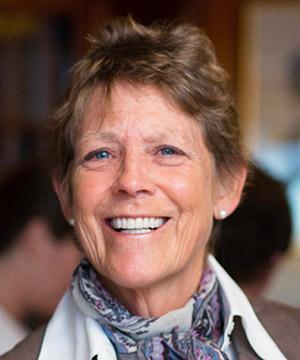 Background and expertise: Jody Gill is a graduate of Northwestern University with a B.A. in economics. After graduation, she worked as a media planner at Benton & Bowles Advertising in New York City, and later as a security analyst at L. F. Rothschild. Following marriage and the arrival of three sons, the family moved to Boston where Jody attended Boston University Law School. Thereafter, she worked as an estate planner at Choate, Hall and Stewart, a prosecutor at the Middlesex County Court House in Cambridge, and as a sole practitioner, specializing in criminal defense and civil rights litigation. In 1998, she retired to sail across the Pacific with her husband.

Why I believe in protecting land and creating parks: I believe that access to green space should be a fundamental right enjoyed by every single person in America.