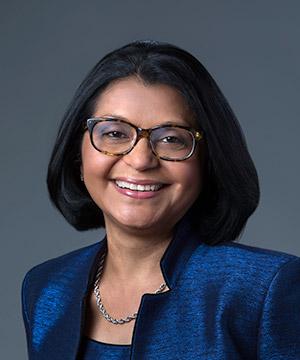 Background and expertise: Ignacia S. Moreno has practiced environmental and natural resources law for 27 years; currently Chief Executive Officer and a founding Principal of The iMoreno Group, PLC, where she provides legal services and strategic counseling on environmental and natural resources matters; served as Senate-confirmed Assistant Attorney General for the Environment and Natural Resources Division of the U.S. Department of Justice (2009 to 2013) and was recognized for her outstanding service, including her leadership of the Division’s response to the Deepwater Horizon oil spill; former Counsel for the Northeast/Midwest Regions and International at the General Electric Company; practiced at two prominent Washington, D.C. law firms, including as a partner; served at the U.S. Department of Justice in the Environment and Natural Resources Division for seven years during the Clinton Administration; appointed in 2016 by Virginia Governor Terry McAuliffe to serve a four-year term on the State Air Pollution Control Board; elected in 2016 as a Fellow of the America Bar Foundation; serves on the National Board of Directors of Trust for Public Land; serves on the Advisory Board of the Institute for Policy Integrity at New York University School of Law and as Chair of the Litigation Committee; serves on the Board of Directors of Green 2.0; and serves on the ABA Section of Environment, Energy, and Resources (SEER) Council and served as Chair of the SEER Special Committee on State Bar Coordination and Engagement; served pro bono as General Counsel to the Hispanic National Bar Association and on the boards of the Washington Lawyers’ Committee for Civil Rights and Urban Affairs and the Center for International Environmental Law; former President of the Hispanic Bar Association of the District of Columbia; named one of the Top 100 Green Leaders in the United States by PODER Hispanic Magazine and one of the 100 Most Influential Hispanics in the United States by Hispanic Business Magazine; earned her Bachelor of Arts degree from New York University in 1986, and a Juris Doctor degree from New York University School of Law in 1990; born in Cartagena, Colombia, grew up in New York City, and lives in McLean, Virginia with her husband and teenage son.

Why I believe in the importance of protecting land and creating parks: “As a child growing up in New York City north of Harlem, I loved walking with my sister and brother to Riverside Park on the Hudson River. The calm and natural beauty of the park offered a respite from the hectic and concrete world in which we lived, and it made us all very happy!”

Why I support Trust for Public Land: “The work of Trust for Public Land makes an enormous difference in the lives of the American people by protecting land and creating parks and playgrounds for the enjoyment and well-being of communities across the country. TPL has long understood that conservation efforts, including the creation of parks, ‘must serve all people and all communities, regardless of income, ethnicity, or geography.’ These are values that I hold dear.”