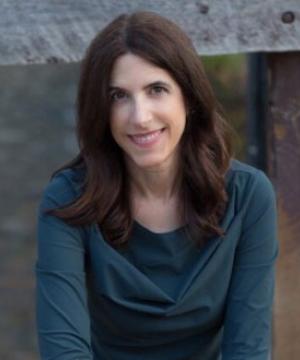 Florence Williams is a journalist, author, and podcaster. She is a contributing editor at Outside magazine and a freelance writer for The New York Times, The New York Times Magazine, National Geographic, The New York Review of Books, Slate, Mother Jones and numerous other publications.

She is also the writer and host of two Gracie-Award-winning Audible Original series, Breasts Unbound and The Three-Day Effect, as well as Outside Magazine’s Double-X Factor podcast. Her public speaking includes keynotes at Google, the Smithsonian, the Seattle Zoo, the Aspen Ideas Festival and many other corporate, academic and nonprofit venues.

A fellow at the Center for Humans and Nature and a visiting scholar at George Washington University, her work focuses on the environment, health and science.

Florence’s first book, BREASTS: A Natural and Unnatural History  (W.W. Norton 2012) received the Los Angeles Times Book Prize in science and technology and the 2013 Audie in general nonfiction. It was also named a notable book of 2012 by The New York Times. Her most recent book, The Nature Fix, was an Audible bestseller and was named a top summer read by J.P  Morgan.

In 2007-2008, Florence was a Scripps Fellow at the Center of Environmental Journalism at the University of Colorado. She has received many awards, including two National Magazine Award nominations, six magazine awards from the American Society of Journalists and Authors, and the John Hersey Prize at Yale. Her work has been anthologized in numerous books, including Outside 25, the New Montana Story, How the West Was Warmed and Best American Science and Nature Writing 2008. Florence serves on the board of two of her favorite nonprofits, Trust for Public Land and the Ted Scripps Fellowship in Environmental Journalism. She lives with her family in Washington, DC.