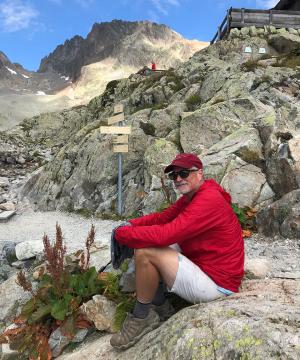 Dick joined us in January 2015 and leads the talented Northern Rockies team in Montana, Wyoming, and Idaho.  Born and raised in Billings, Montana, Dick has lived in Bozeman since 1976 and been involved in the conservation of the vast and majestic landscapes of the Northern Rockies and plains throughout his career.  After practicing law in Bozeman for many years, Dick made the switch to the nonprofit world by serving as program director for the Greater Yellowstone Coalition and then as a managing director for the American Prairie Reserve, where he was a major gifts officer and leader of the land acquisition and finance teams.  Dick holds a BS in Finance from the University of Oregon (go Ducks!) and a law degree from the University of Washington.  Dick is an avid angler and also devotes much energy trying to keep up with his family—wife Lori, daughter Kate, and son Alex—in their many outdoor pursuits.