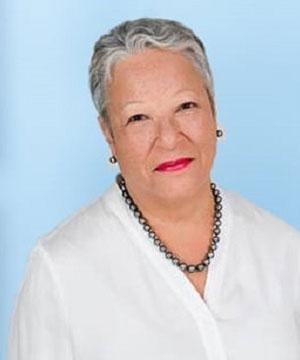 Diane Patrick is a Senior Counsel at Ropes & Gray LLP, having retired from the firm at the end of 2016 after practicing for over 35 years in the labor and employment area.  She has a record of distinguished professional and public service.

Professionally, Diane began her law career – following a five-year stint as a teacher in the NYC public schools – at O’Melveny & Myers in Los Angeles. In her fourth year as an associate, O’Melveny relocated Diane to New York to join four partners and three other associates in building the firm’s East Coast practice.  Three years later, Diane and her husband moved to Boston where she joined the General Counsel’s office at Harvard University as University Counsel.  There, she worked closely with the President, Vice-Presidents, and Deans of Harvard’s various schools and departments on matters as varied as investigations of scientific misconduct, defense of tenure disputes, addressing alleged administrative staff and faculty transgressions as well as student misconduct and assault allegations, defense of discrimination and other employment-related complaints, and responding to University-wide union organizing activity.  In 1992, Diane was asked to serve the University as Director and Associate Vice President of Human Resources.

Diane later joined Hogan & Hartson (now Hogan Lovells) in Washington DC, having moved there when former President Clinton appointed her husband as Assistant Attorney General in the US Justice Department.  In 1995, Diane returned to Boston and joined Ropes & Gray where, after three years, she was elevated to partner.  During her 25 years at the firm, Diane provided management-side employment counsel to both public and private companies, and to non-profit organizations primarily in the higher education and health care arenas. She worked extensively at the C-Suite and Board levels of these organizations on high-risk, high-visibility matters, including, for example, those involving allegations of a board’s failure to provide adequate oversight of a company’s executive functions, the appropriate sanctions for regional sales managers who encouraged unethical and unlawful sales practices, and sexual misconduct at the highest levels of a company.  Diane also served Ropes & Gray in multiple administrative capacities, including as Co-Managing Partner of the firm’s Boston office.

Diane continued practicing on a full-time basis for the eight years (2007-2015) that she also served, compassionately and energetically, as First Lady of the Commonwealth of Massachusetts. Travelling throughout the state and beyond, Diane was, and continues to be, an outspoken advocate in the Commonwealth’s ongoing effort to end domestic violence and to de-stigmatize mental health issues, receiving wide recognition for her efforts.

Diane has been married to former Governor Deval Patrick for over three decades and has two daughters, Sarah and Katherine, and one grandson, Gianluca.