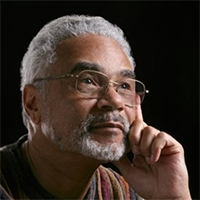 Dr. Carson is author of several books and many publications and has participated in well over a dozen award-winning documentaries and productions. He has received four honorary degrees and numerous other awards including the Frederick Jackson Turner Award of the Organization of American Historians, the John W. Blassingame Award of the Southern Historian Association, and the International Award for Promoting Gandhian Values Outside India from the Jamnalal Bajaj Foundation in Mumbai, India.