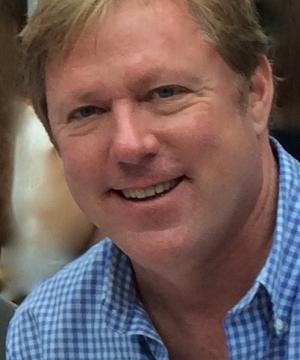 Background and Expertise: In 2004 Mr. Lea formed a partnership to create Lea + O’Reilly based in Chicago, with a practice limited to promotional marketing law, including sweepstakes, sponsorship and talent/endorsement agreements, as well as charitable commercial co-ventures. Prior to starting the firm, Mr. Lea practiced in the antitrust and trade regulation group at Bell, Boyd & Lloyd (now KL Gates) working primarily on mergers, acquisitions and marketing matters. Mr. Lea also served on the board of Paper Converting Machine Company in Green Bay, Wisconsin, until its acquisition by a private entity in 2005. Always in love with the outdoors and Jackson Hole, Chris finally made the move to Wyoming full-time in 2016.

Why I believe in protecting land and creating parks: I believe we are creatures of nature. Without it, we are nothing. It’s really that simple. At a very early age, I had the good fortune of spending substantial time during the summers camping in and around Steamboat Springs, and later, in the Grand Tetons. The experiences left an indelible mark on my psyche: I wanted all of my friends and family to be able to share in the wonders of nature and vast open spaces. As I became an adult, my vision evolved from merely my immediate circle of friends to all the people of the world — so that they too would forever be able to enjoy what I experienced. Nature can’t be appreciated if our only connection is via television and the big screen. I want people to live, feel—and even smell—nature! I truly believe that without actual live experiences we as a society will not understand the importance of preserving our open spaces for generations to come. This must be our legacy.

From a more urban perspective, I previously lived along the abandoned train line that became The 606, a TPL project. After completion of the project, I would look out of my windows and see thousands of people walking, jogging, skateboarding, and biking each day—oftentimes with entire multigenerational families participating together. I almost immediately started asking myself, where did these people go to enjoy the outdoors before this? Where did they bike, walk, and run? What did they do to stay healthy? The answer was simple: For many, they did nothing. Now, literally tens of thousands can get a little closer to nature, right in their own backyard in Chicago. And now, partially due to TPL’s initiatives, a park is no more than a ten minute walk from millions of fellow Americans. TPL is improving the lives of people every day.

Why I support Trust for Public Land: I feel humbled to be part of what I consider the premier organization dedicated to protecting land. And not just protecting it for the sake of protecting it – but protecting it for people. Its programs of creating parks within walking distance of most Americans is just as important. I believe Trust for Public Land’s mission improves the quality of life for all, not just a chosen few. I am also impressed with the manner in which TPL obtains public support and input for its projects—so that it is able to help give the people what they want.