Stories
From Ala Kahakai to Zion, 10 National Parks Where You’ve Made a Difference

This National Park Week, we’re thanking the people who make our parks great, and celebrating just a few of the important ways our Trust for Public Land community has made a difference over the years.

The idea of national parks is well over a hundred years old, but that doesn’t mean our parks are stuck in the past. It’s been the work of every subsequent generation to expand the boundaries—and the meaning—of the national parks, and to challenge our shared understanding of what stories and places we choose to preserve.

Thanks to support from people like you,  Trust for Public Land has a long, proud history of partnering with communities across the country to preserve and lift up the places that tell America’s story. Since 1972 we’ve expanded the national park system by nearly 65,000 acres, through 220 land conservation projects across almost 70 park sites.

Here are just a few of the national park sites we’ve expanded since 1972. 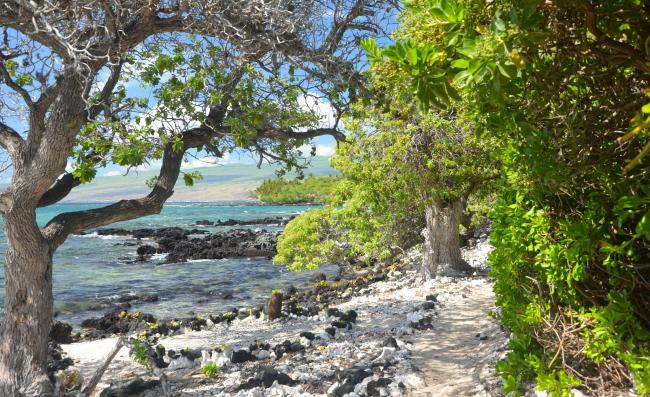 We’re working alongside Native Hawaiian communities on the Big Island to preserve a 2,000-year-old footpath that once circled the entire island, linking settlements along the coast. Locals call it the Alaloa (the Long Trail), and at one time, each of the major Hawaiian islands had its own. Today, the National Park Service protects a 175-mile stretch on the Big Island known as the Ala Kahakai National Historic Trail (Ala Kahakai means “Coastal Trail”).

The Chattahoochee River National Recreation Area is metro Atlanta’s lifeline to the great outdoors. Stretching from Lake Lanier in the north to the western neighborhoods of Atlanta proper, this 48-mile string of parks and green spaces along the scenic Chattahoochee River offers endless opportunities to get outside—whether you want to hike, run, bike, paddle, fish, or climb. Since the early 1990s, Trust for Public Land has repeatedly worked with the National Park Service and local partners to expand the national recreation area, adding trails, picnic areas, and boat launches to welcome more people as the metro population grows.

The woods, trails, and waters of Cuyahoga Valley National Park are an outdoor mainstay for millions of people in the Cleveland metro area, and a popular  attraction for visitors from around the country … and it’s all thanks to Trust for Public Land supporters like you. The organization started protecting lands that would eventually make up the park back in 1978, and over the next 30 years, we completed over 20 conservation projects here—from single lots to small farms to historic inns and businesses. Learn more. 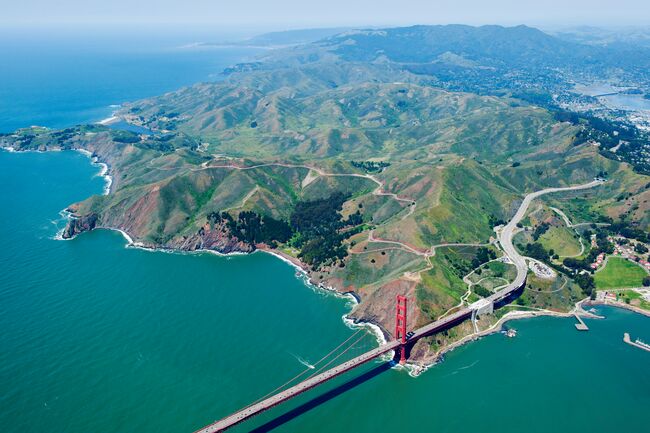 The Golden Gate National Recreation Area is the Bay Area’s big backyard. Created in 1972 as one of the first national parks in a metro area, today the park protects iconic sites like Alcatraz Island, Muir Woods National Monument, and Baker Beach, all within an hour’s drive of 7 million people. Our founders led one of the earliest fights to preserve the Marin Headlands, and since then we’ve partnered with the National Park Service to expand the park nearly a dozen times—most recently with the protection of Mori Point in the city of Pacifica. With additions to Point Reyes National Seashore and the Santa Monica Mountains National Recreation Area, we’re proud of our history helping Californians connect with their close-to-home national parks.

Forming part of the border between Minnesota and Wisconsin, the St. Croix River is one of the nation’s first federally designated Wild and Scenic Rivers, a great escape for millions of people throughout the Upper Midwest. Trust for Public Land has partnered with the National Park Service five times to expand protections along the river’s banks—great news for fish and wildlife, not to mention paddlers, hikers, and cyclists who gravitate to the river year-round. 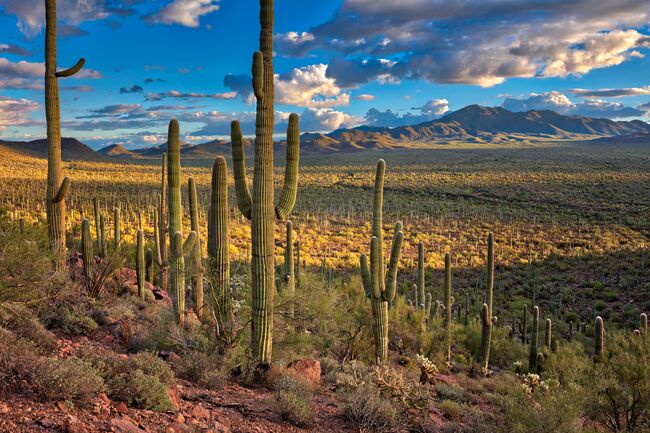 Saguaro National Park covers about 150 square miles of mountains and desert scrub in two locations, one east Tucson and one west of it. In the decades since the saguaro forests first gained federal protection in 1933, Tucson has grown from a sleepy desert town to the second-largest city in Arizona—making this outdoor escape increasingly important. That’s why we’re so proud to partner with the National Park Service to expand this extraordinary place, and improve public access for millions of locals and visitors. Last year we transferred a scenic 84-acre property in the foothills of the Tucson to the National Park Service. The land links Sweetwater Preserve, a popular county-owned open space which we opened to the public in 2004, to the national park.  This is the fourth time we’ve helped grow the national park in recent years.

Crystal waters and soft white beaches are rimmed by a lush forested slope on the island of St. John, and just offshore are seagrass beds, green turtles, and coral reefs. We helped add a 419-acre site known as Estate Maho Bay to Virgin Islands National Park in 2007. With a quarter-mile of beachfront, the once-private property is now open to visitors and residents alike. And in 2011 we donated 18 acres at Mamey Peak, the highest point of the Estate Maho Bay property, to the National Park Service. 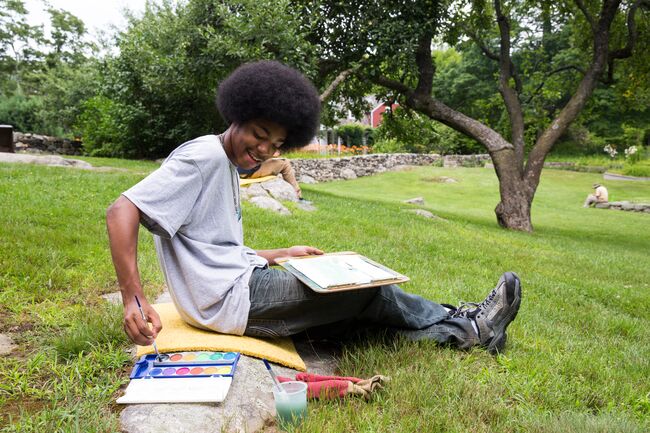 The peaceful fields and lush woods of J. Alden Weir’s farm would inspire the impressionist landscape paintings that made him famous. Today, Weir Farm National Historic Site is the only national park dedicated to the legacy of American painters—but it’s more than a monument to the past: it’s an outdoor classroom inspiring the next generation of artists and conservationists. Through nearly two-dozen transactions, Trust for Public Land reassembled the original farm property, worked with the Weir Farm Trust and the state to permanently protect it, and advocated for the site’s designation in 1990 as Connecticut’s first national park.

The sheer granite cliffs of Yosemite Valley—over 3,000 dizzying feet high in some places—are justifiably legendary, and popular. But it’s not too hard to find a moment of solitude, even within one of the nation’s busiest national parks. For an adventure off the beaten path, check out Ackerson Meadow, a bright island of grass in a sea of shady forest. At 400 acres, it’s part of the largest ecosystem of its kind anywhere in the Sierra Nevada. Thanks to Trust for Public Land donors like you, we helped add this special place to Yosemite National Park in 2016. Learn more. 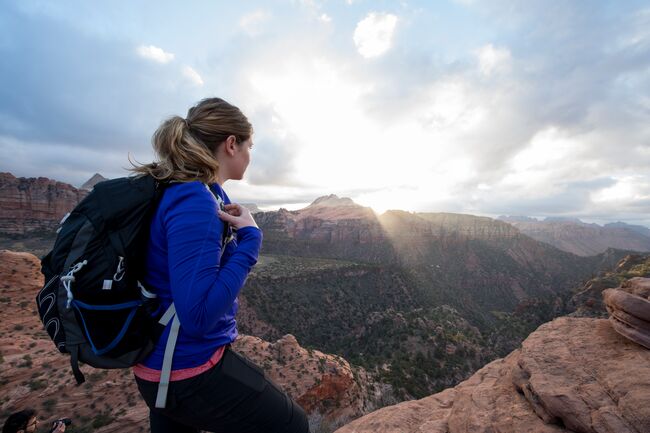 From massive sandstone cliffs to slim, sheer canyons and high-altitude forests, Zion National Park protects some of the most outstanding landscapes in America—or anywhere. But most visitors don’t venture beyond the floor of Zion Canyon, which snakes through the heart of the park. Trust for Public Land has helped ensure access to the park’s stunning backcountry, in places like the Zion Narrows Trail, Hop Valley, Tabernacle Dome, and Orderville Gulch.

These magnificent places are just a few of the places where we’ve helped strengthen our national parks … and it’s all thanks to people like you. Donate to Trust for Public Land today to help keep our parks healthy, welcoming, and accessible to all.