Five ways park people are getting creative to #RecreateResponsibly during COVID-19
By Trust for Public Land
Published June 4, 2020
Spread the Word

If you feel like your local outdoor spot has been busier since the start of the pandemic, you might be right: across the country, park managers have tracked big increases in visits to the parks that have stayed open to the public this spring. In Dallas, for instance, visitation rose from 30 percent to 75 percent during the month of March.

“We’ve seen a major uptick in the use of our parks since the coronavirus outbreak,” said J. Nicholas Williams, director of Oakland Parks, Recreation and Youth Development Department. “Parks are the most valuable resource in the city at this point.”

It’s not an easy job to keep these critical places open to the public while staying in line with quickly changing guidance from public health officials. But across the country, park managers, nonprofits, and everyday Americans are rising to the challenge with innovative solutions to keep people safe while welcoming them to public lands. Here’s what’s happening now.

In Colorado Springs, popular destinations like Red Rock Canyon Open Space were getting crowded. So the nonprofit Trails and Open Space Coalition launched #GetOutSpreadOut, a campaign to point people to less popular parks and trails, complete with detailed maps and videos. All told, they shared useful info to direct Coloradans to nearly 90 outdoor destinations, like Cottonwood Creek Trail Loop and Piñon Valley Park. 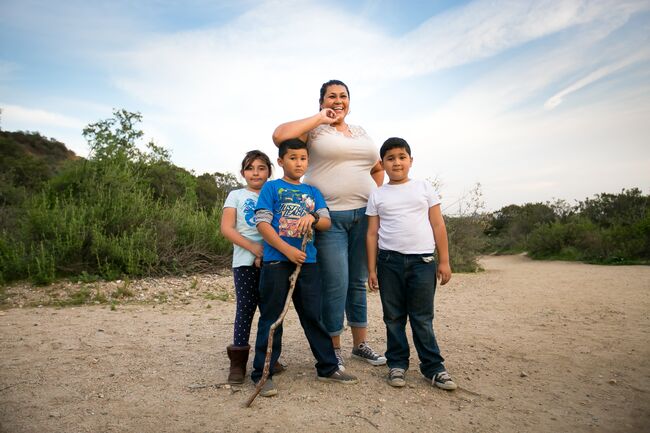 Parking lot policies have ranged widely throughout the pandemic and across the country. Some cities have closed parking lots while keeping the parks open for walk-in visitors. “It’s a tricky balance,” acknowledged Phil Ginsburg, general manager of the San Francisco Recreation and Park Department, which has limited or closed areas next to waterfronts and sports fields. “There were certain destination spaces that were too crowded. We are saying that ‘if you need to be in a car, it’s too far.’”

But with parking lots closed, people who live within a walk of a park can get outside to enjoy the outdoors, and people who don’t, don’t. “To be clear, there are some equity considerations that we need to grapple with,” Ginsburg acknowledges. Fortunately for San Franciscans, they live in one of two major American cities where 100 percent of people live within a 10-minute walk of a park (Boston is the other).

But 100 million people in this country don’t have a park within a 10-minute walk of home—a third of us, including 28 million kids. This disparity has serious consequences even in the best of times, and during the pandemic it’s more acute than ever. So we’re keeping the pressure on governments at every level to ensure a future where every person in America has access to a great park, close to home.

In late March, Dallas park managers introduced a voluntary system to reduce crowding on the popular Katy Trail, which saw a 50 percent increase in use from the first week of March to the last.  Officials asked people whose last names start with the letters A through L use the trail on Thursdays and Saturdays, while those whose names begin with M through Z visit on Fridays and Sundays. (Everyone is welcome Monday through Wednesday.)

The managers of the Marshlands Conservancy, a county wildlife sanctuary in Westchester County, New York, took a different tack to help visitors keep a safe social distance: they posted one-way signs on loop trails to lessen the likelihood that people will cross paths.

We’re proud to join partner organizations, agencies, and outdoor brands supporting the #RecreateResponsibly campaign, an effort to offer everyone, from seasoned outdoor enthusiasts to families heading out to their local park for the first time, guidance about how to stay safe. The Recreate Responsibly guidelines offer a starting point for getting outside to keep yourself healthy and to maintain access to our parks, trails, and beaches. 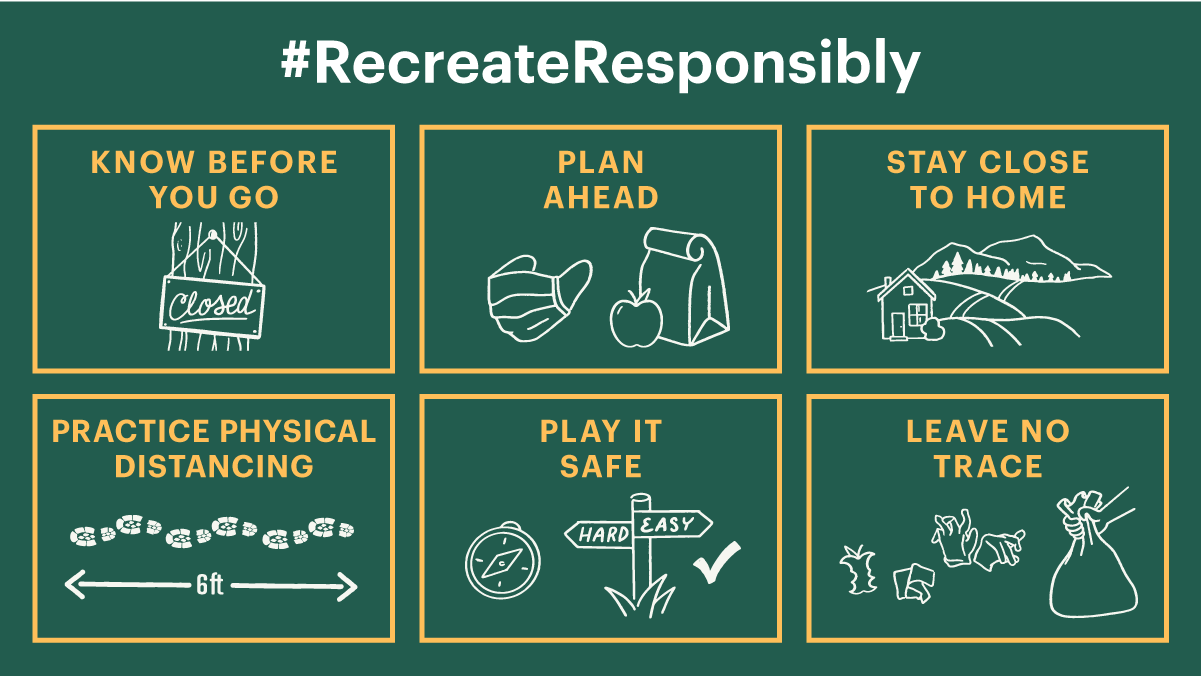 As pressure rises on parks and sidewalks—and car traffic has dropped by as much as 60 percent in big cities—governments are turning to an unlikely source of open space to relieve crowding: streets.  At the beginning of May, more than two dozen cities had closed a total of 421 miles of streets to car traffic and opened them for pedestrians. Oakland, California, opened 74 miles of streets, or 10 percent of the total. Under the Oakland Slow Streets Program, the streets are open only to emergency vehicles and local traffic that must use the streets to reach their destination.

“It’s going well,” said J. Nicholas Williams at the City of Oakland. “It was difficult to message early on because we didn’t close all the streets and it created some social distancing issues. We opened the streets to create more safe passageways. It wasn’t to create open space for a certain neighborhood to go outside and play, but to take a walk.”

Want to learn more about how the pandemic is affecting parks—and people—across the country? Download “Parks and the Pandemic,” a special report from The Trust for Public Land.